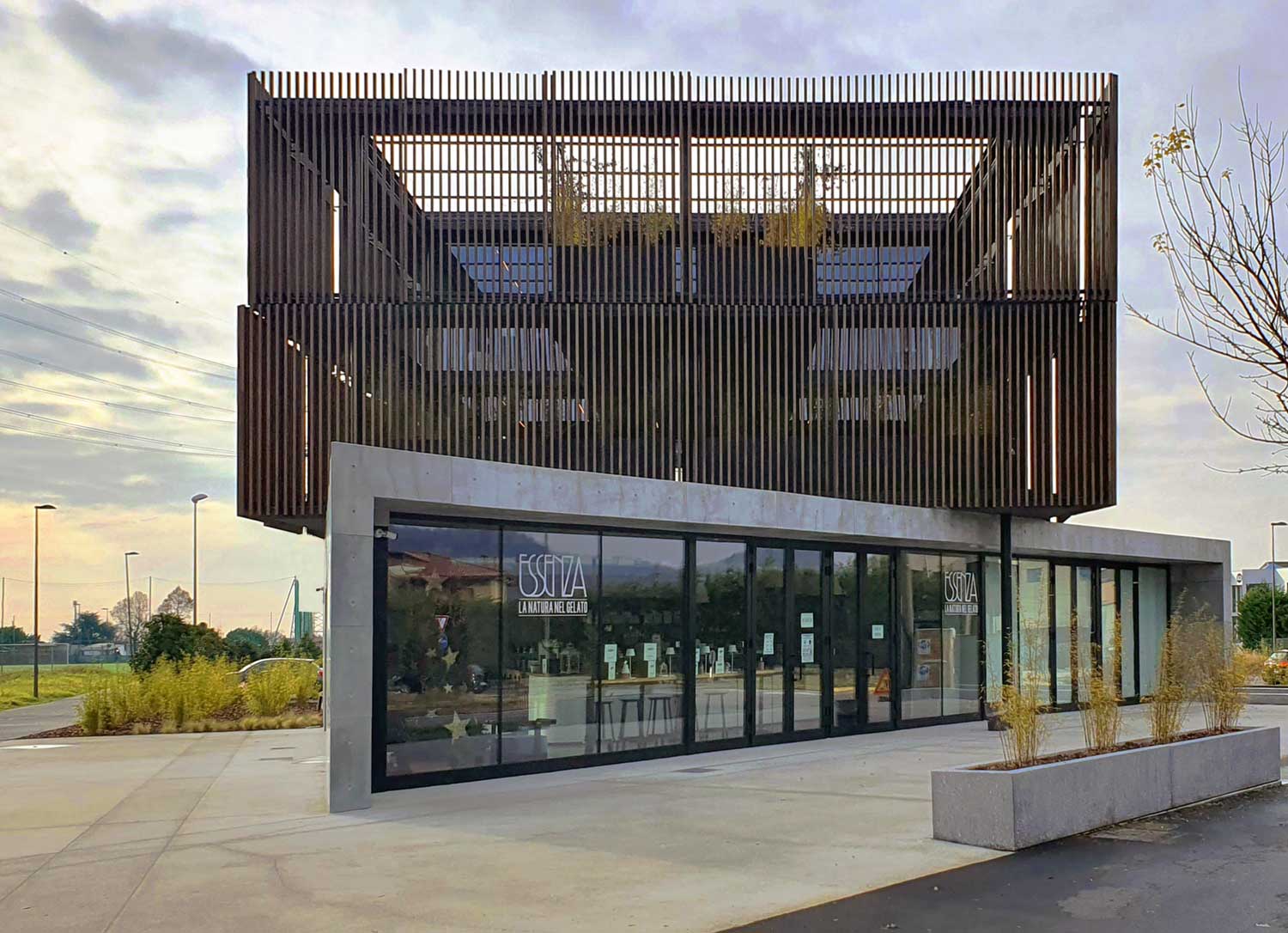 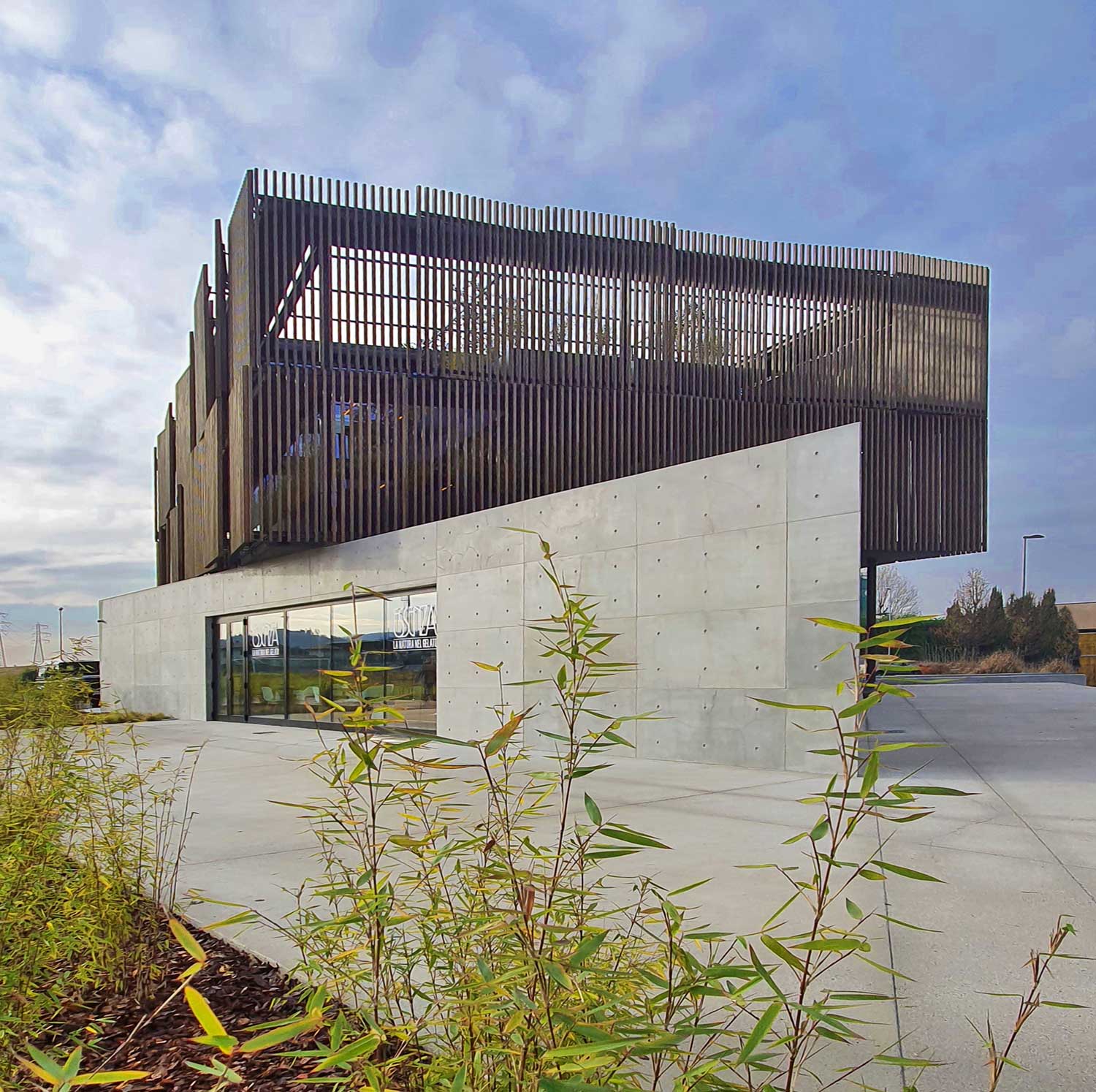 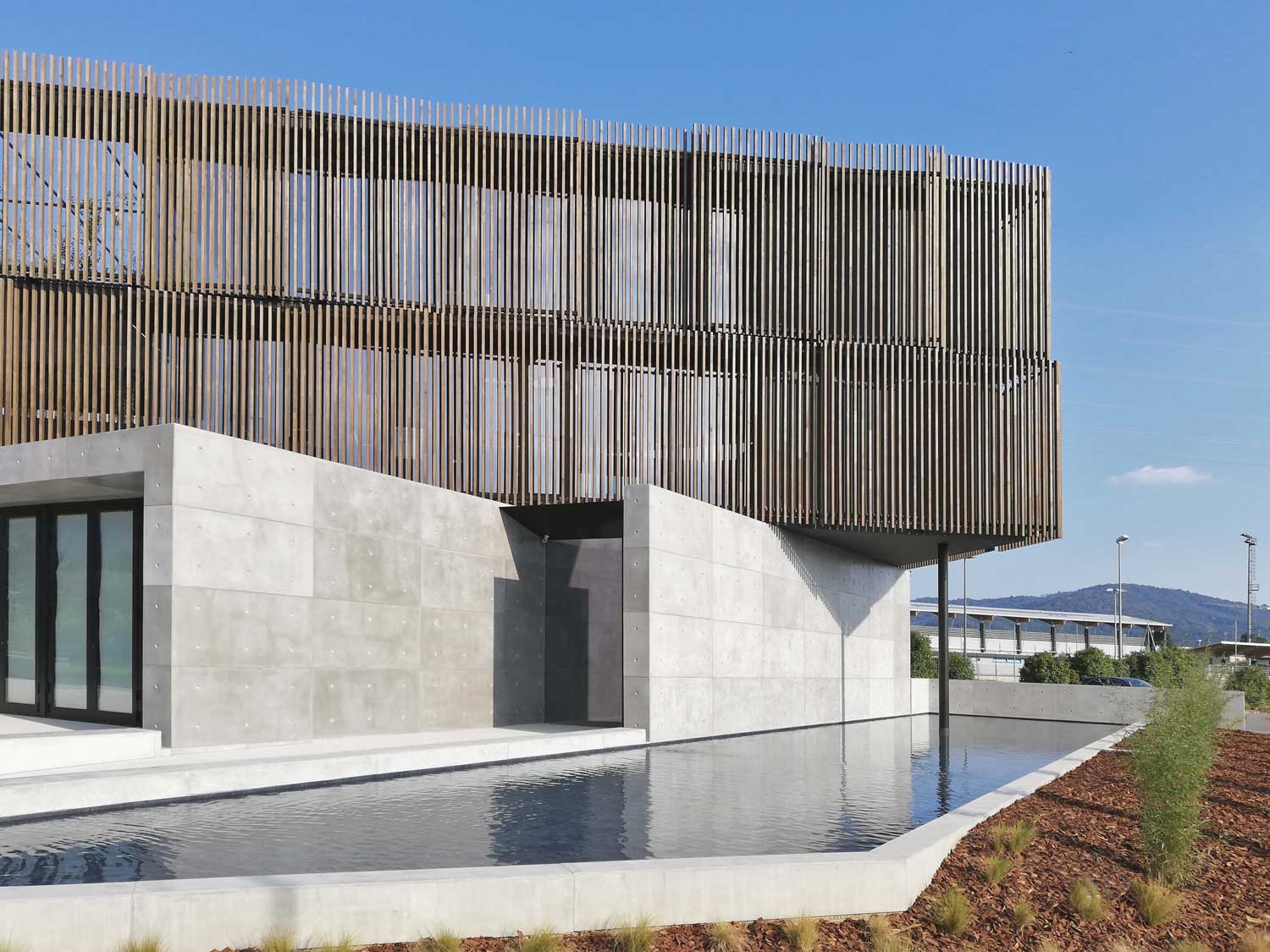 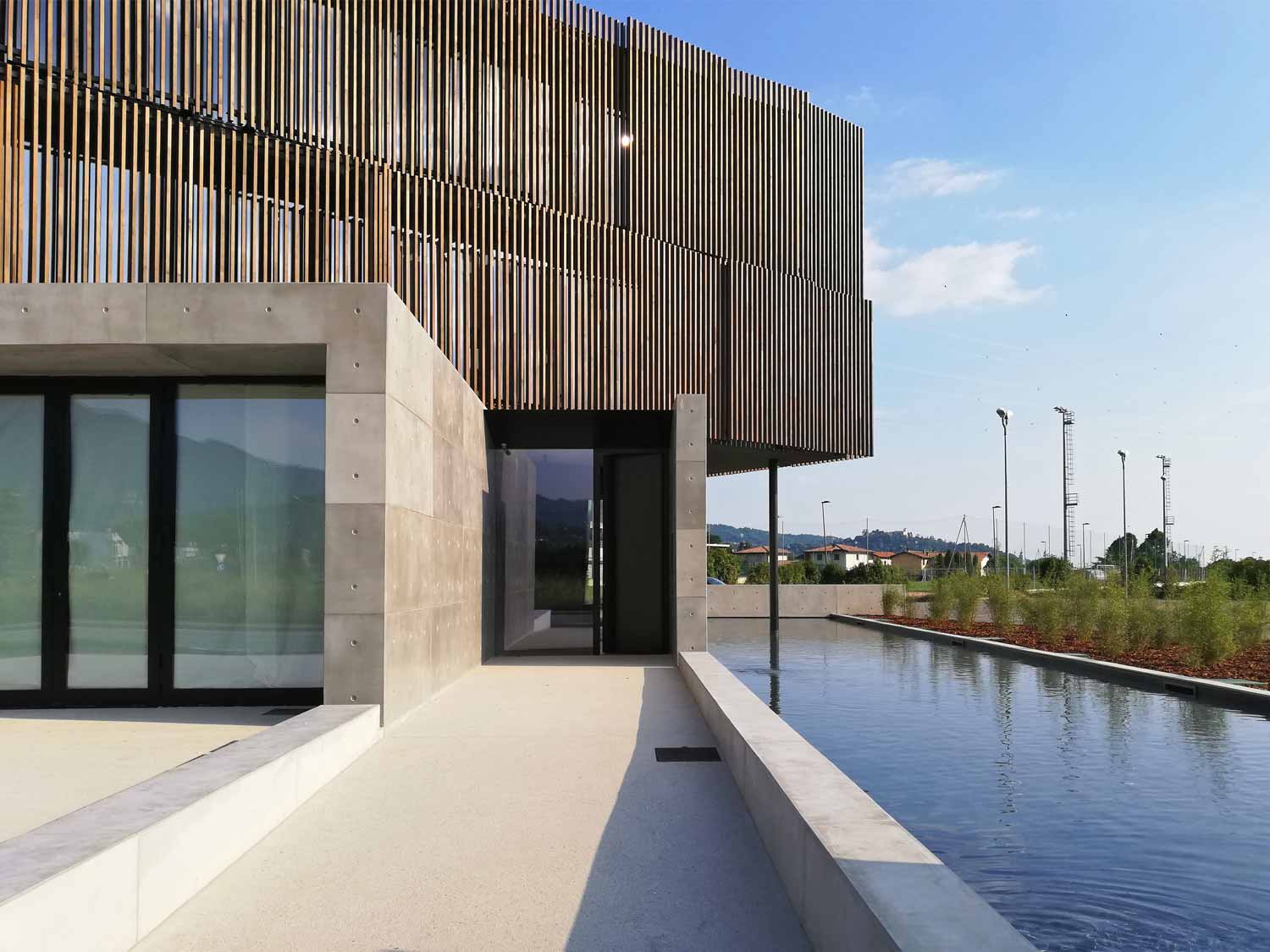 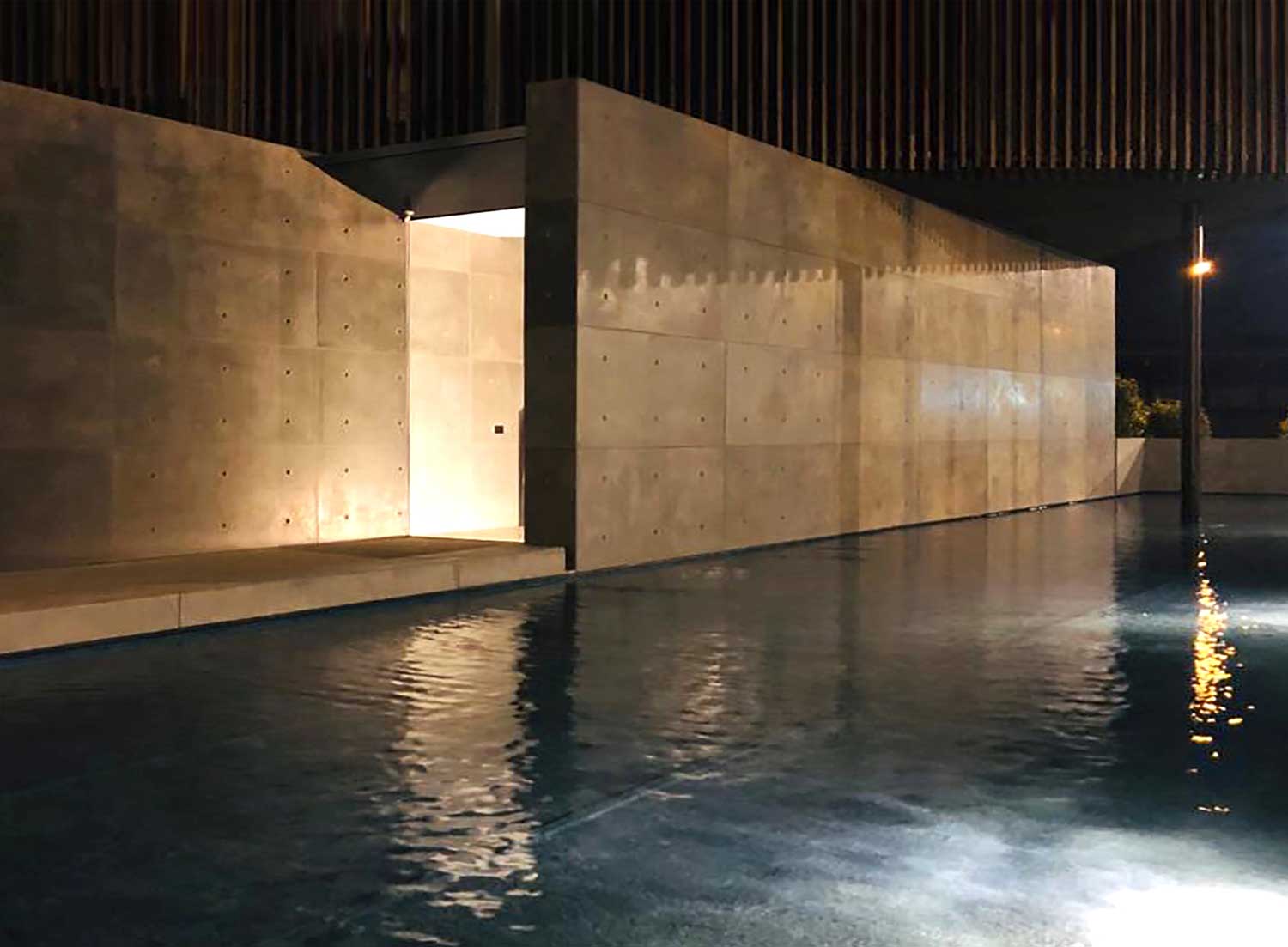 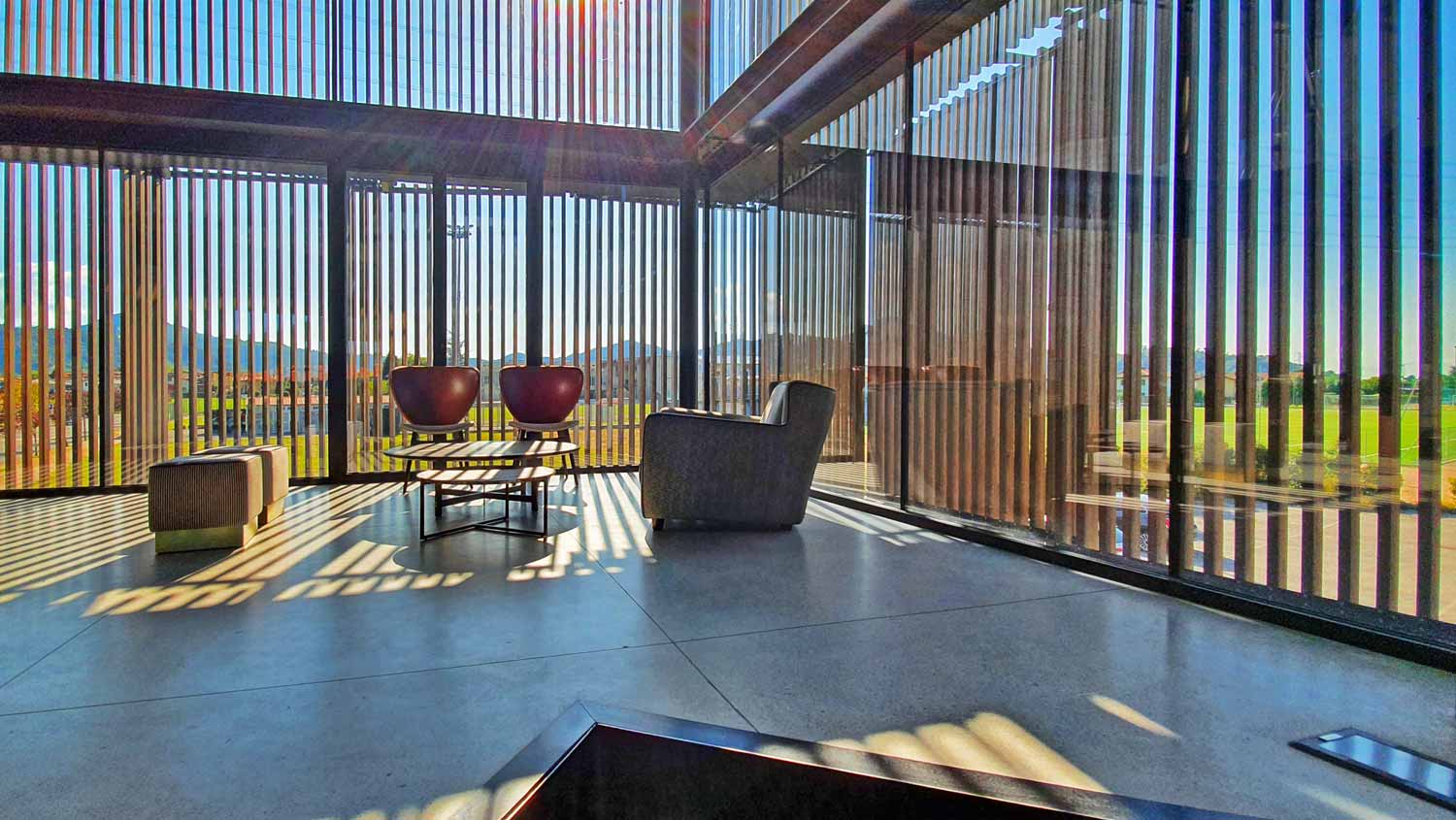 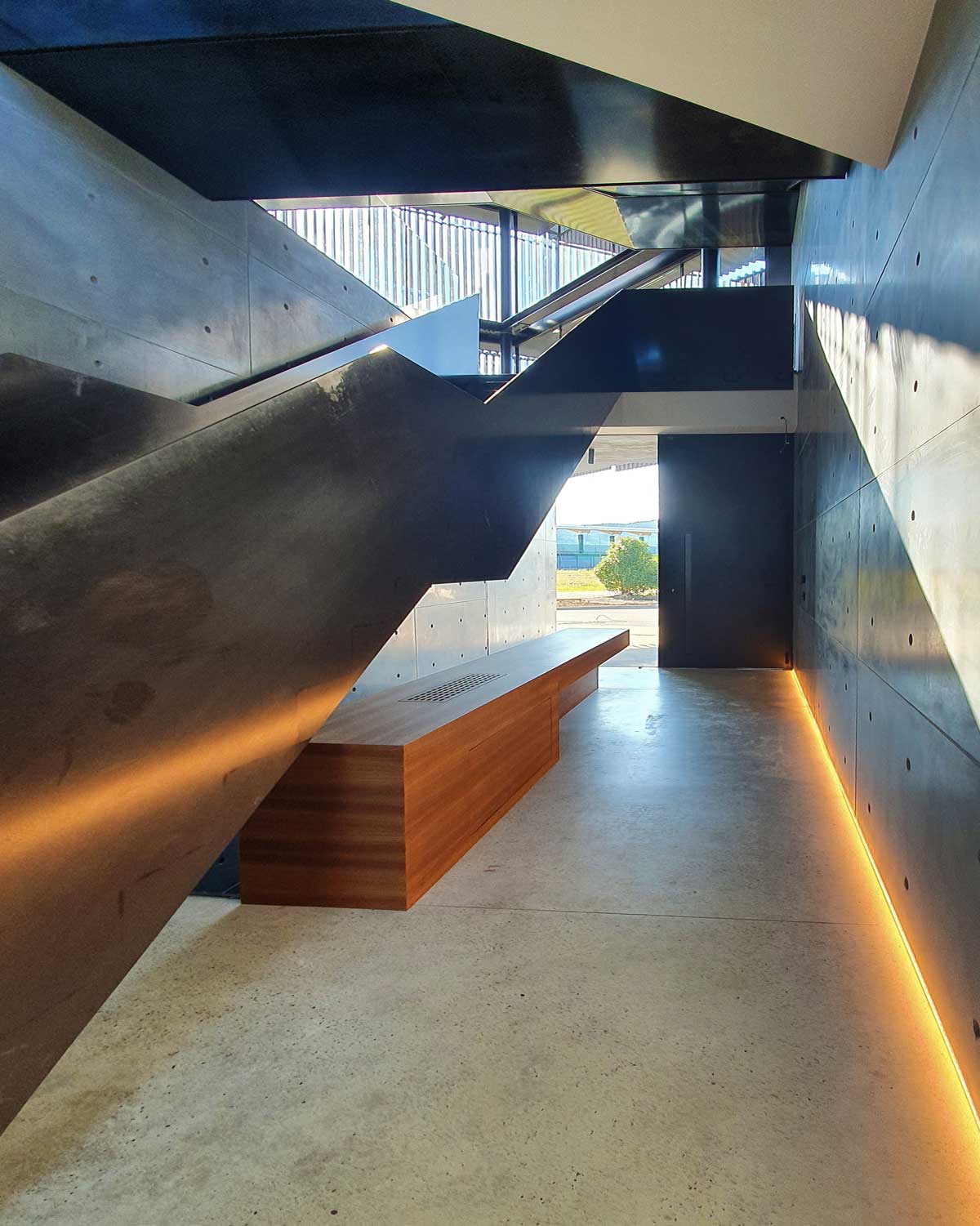 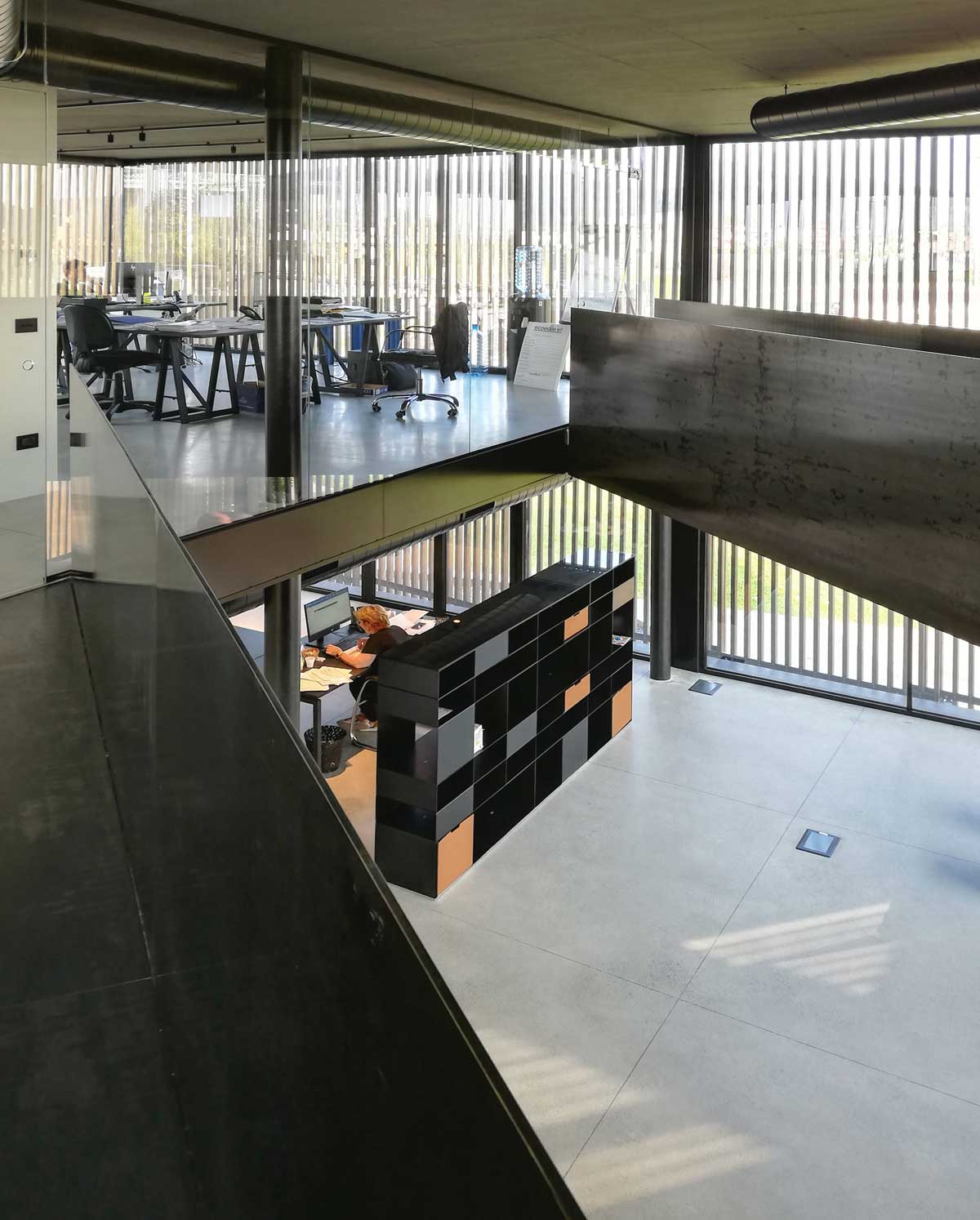 The project site is located between a urban fabric with production plants and office buildings to the west and a large residential texture that extends to east. This intermediate area is also characterized by sports facilities, schools and small areas for public uses, but although considered as a strategic urban space for the development of an integrated system of public services, currently in the planning phase, it is still an extremely fragmented area.

The project process starts demolishing some disused buildings and developing a concept for a new one that would fit the particular shape of the area. By renouncing to the construction of barriers along the property limits and through some retreats of the building volume on the ground floor it has been possible to create many relationships between private spaces and public open spaces.

For that purpose the ground plan has been developed with a trapezoidal shapes that on one side is aligned to the street, while towards the others it relates to the surroundings through the extension of the pavements and greenery of the open spaces.

The ground floor volume is characterized by a solid aspect defined by the concrete walls and with large cuts that relates the commercial areas with the outdoor spaces.

The upper floors are defined, for orientation and materials, in antithesis to the ground volume; the alignment to the street is denied by a volumetric rotation and the massiveness of the concrete walls is replaced by the transparency of large windows shielded by vertical slats in composite wood.

The interior spaces are deeply related to the external volumetric and materials variations. The rotation of the plan on the various levels is solved inside by the large vertical free space containing the staircase. The first and second floors are also characterized by an internal volumetric emptying that allows the creation of the patio and the terrace, suspended between the two levels, and set up with flower beds and trees.

The entrance to office areas is on the ground floor, walking through a path flanked by a pool that extends to the concrete walls. The natural light filters through the upper floors and deeply moved into the building until the entrance at the ground floor.

The offices located on the two upper floors are partly open-space and partly single-rooms and are organized according to a concept of spatial fluidity. They are strongly connected to external landscape through the large windows screened by sunshades and at the same time they are suspended between the vertical empty space that contains the internal staircase on one side and the patio on the other.