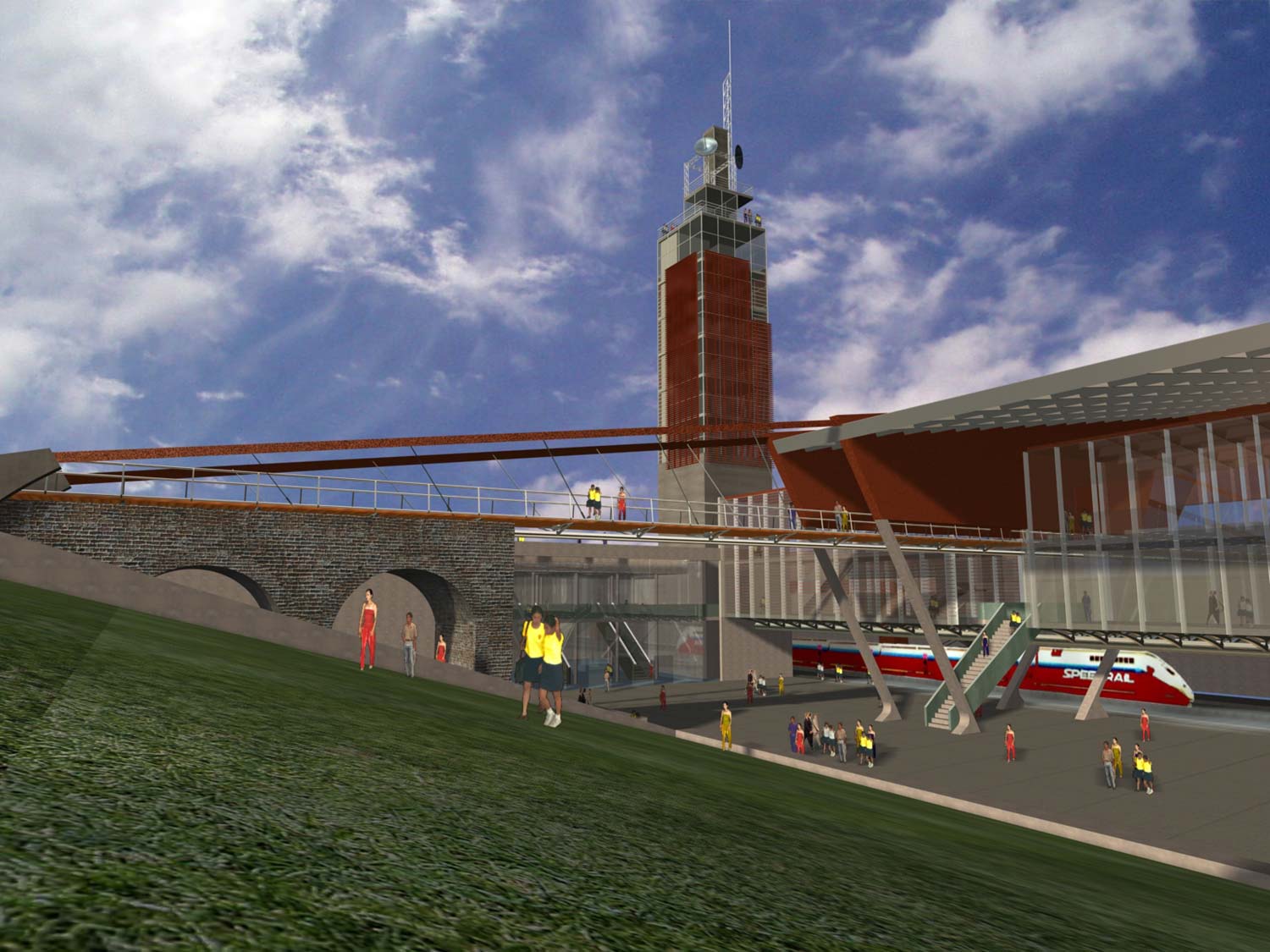 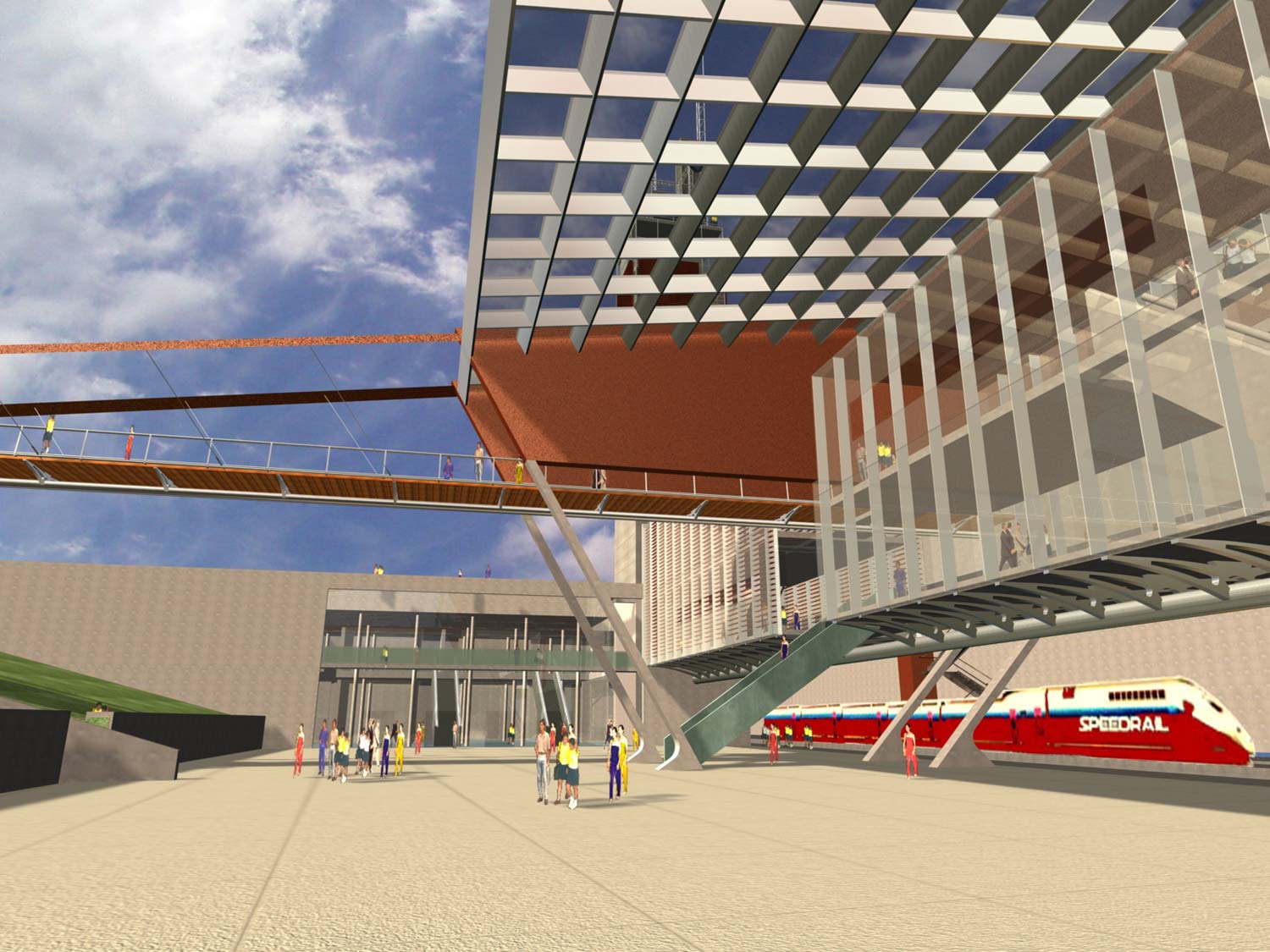 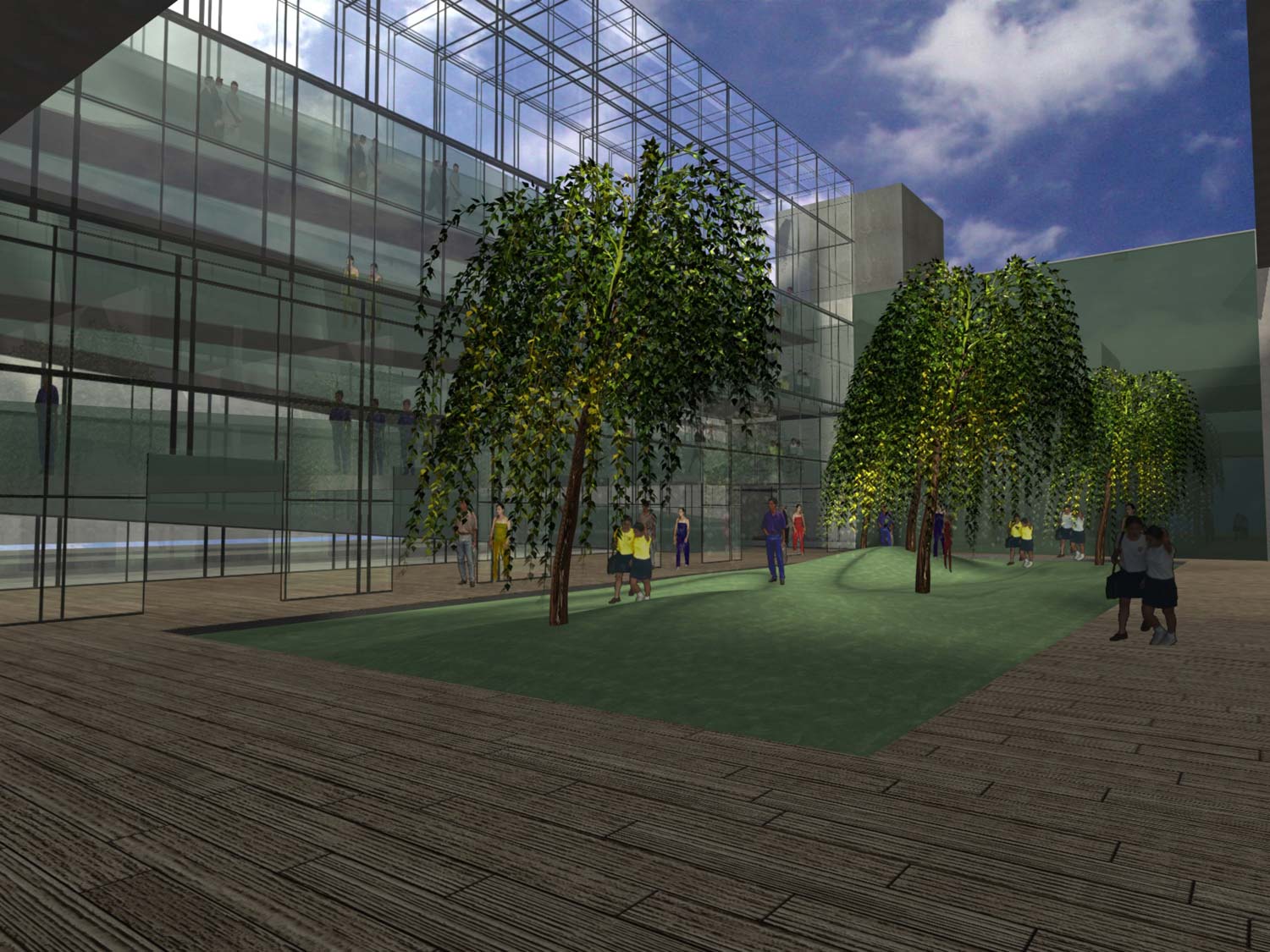 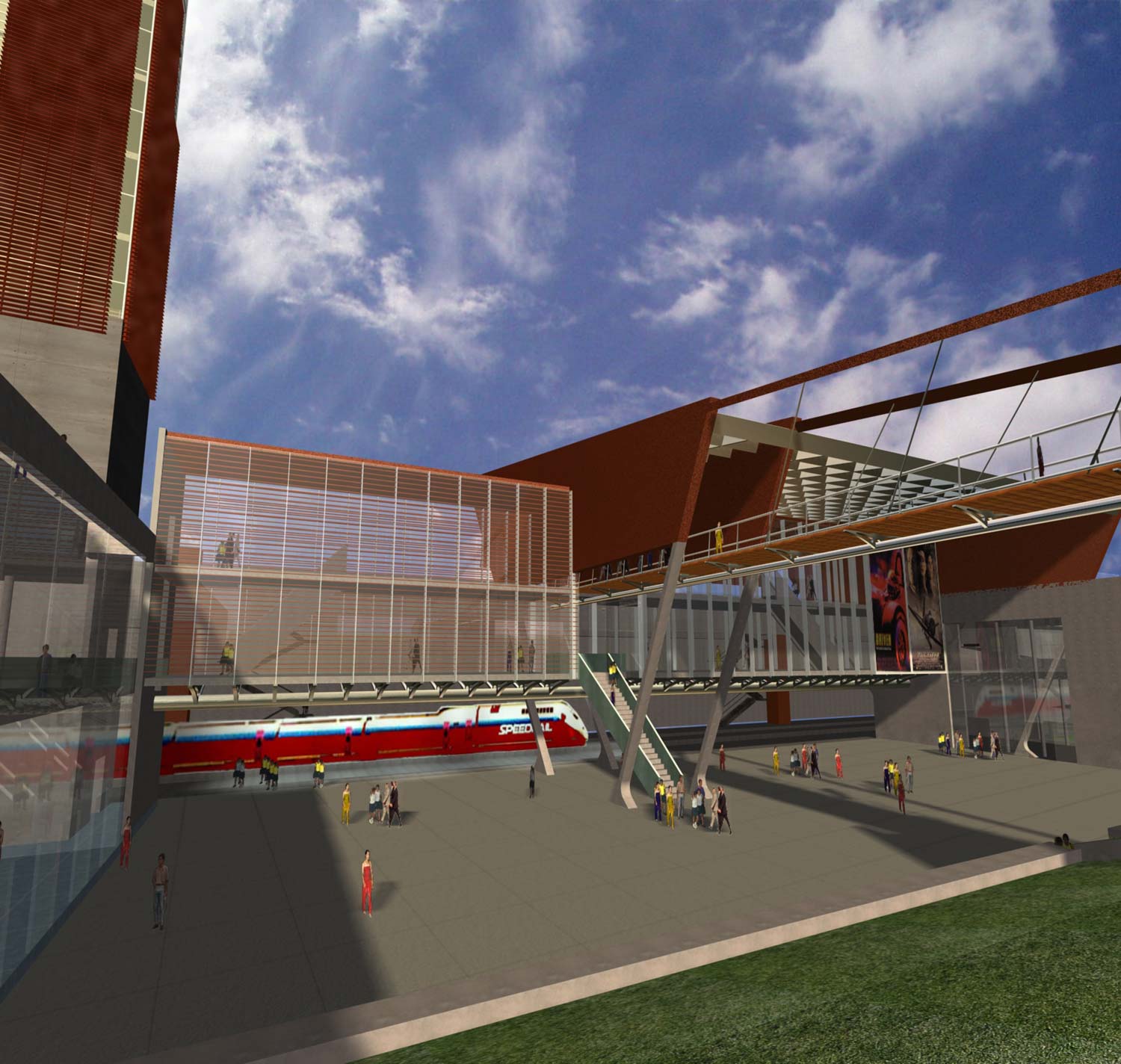 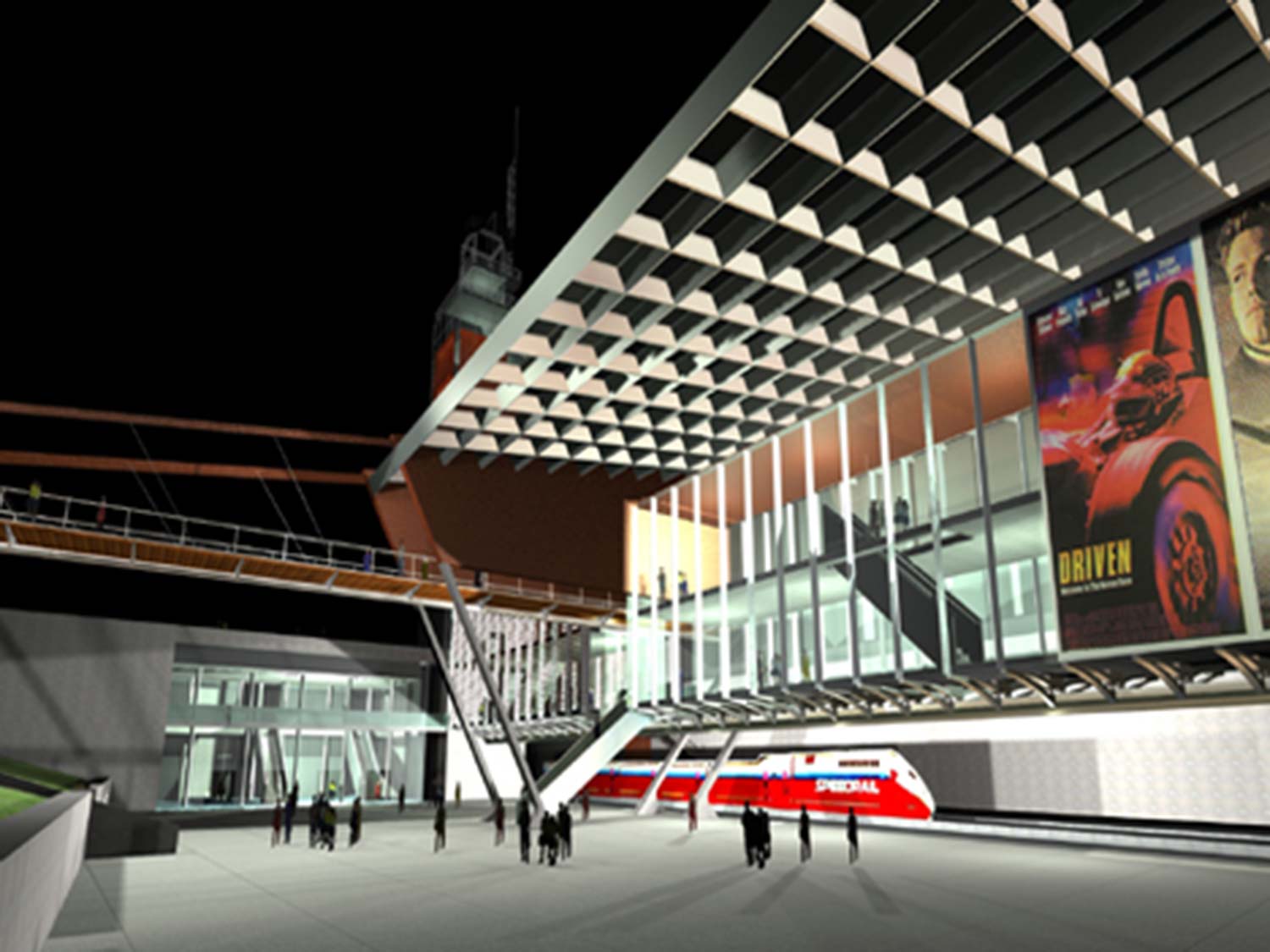 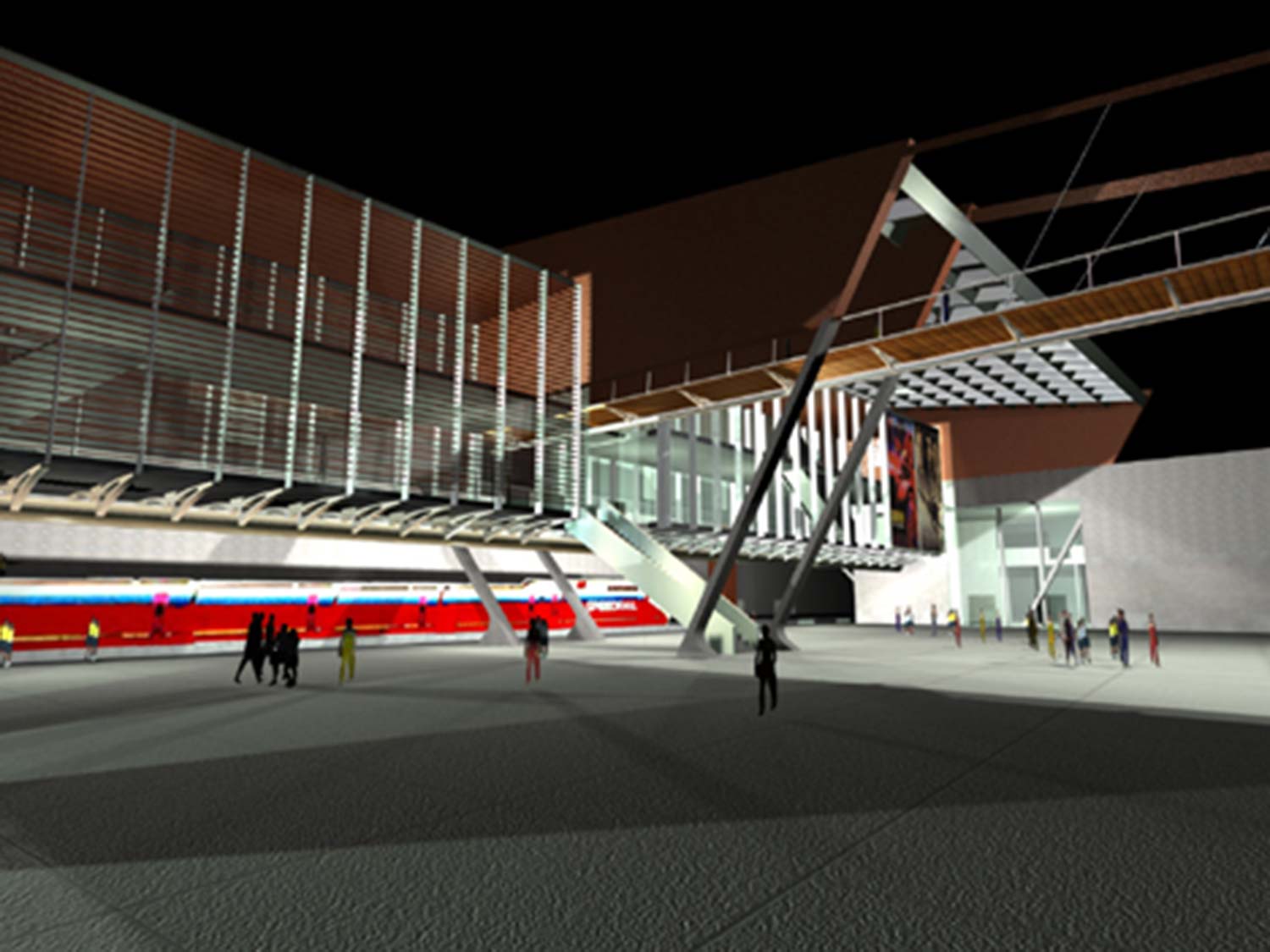 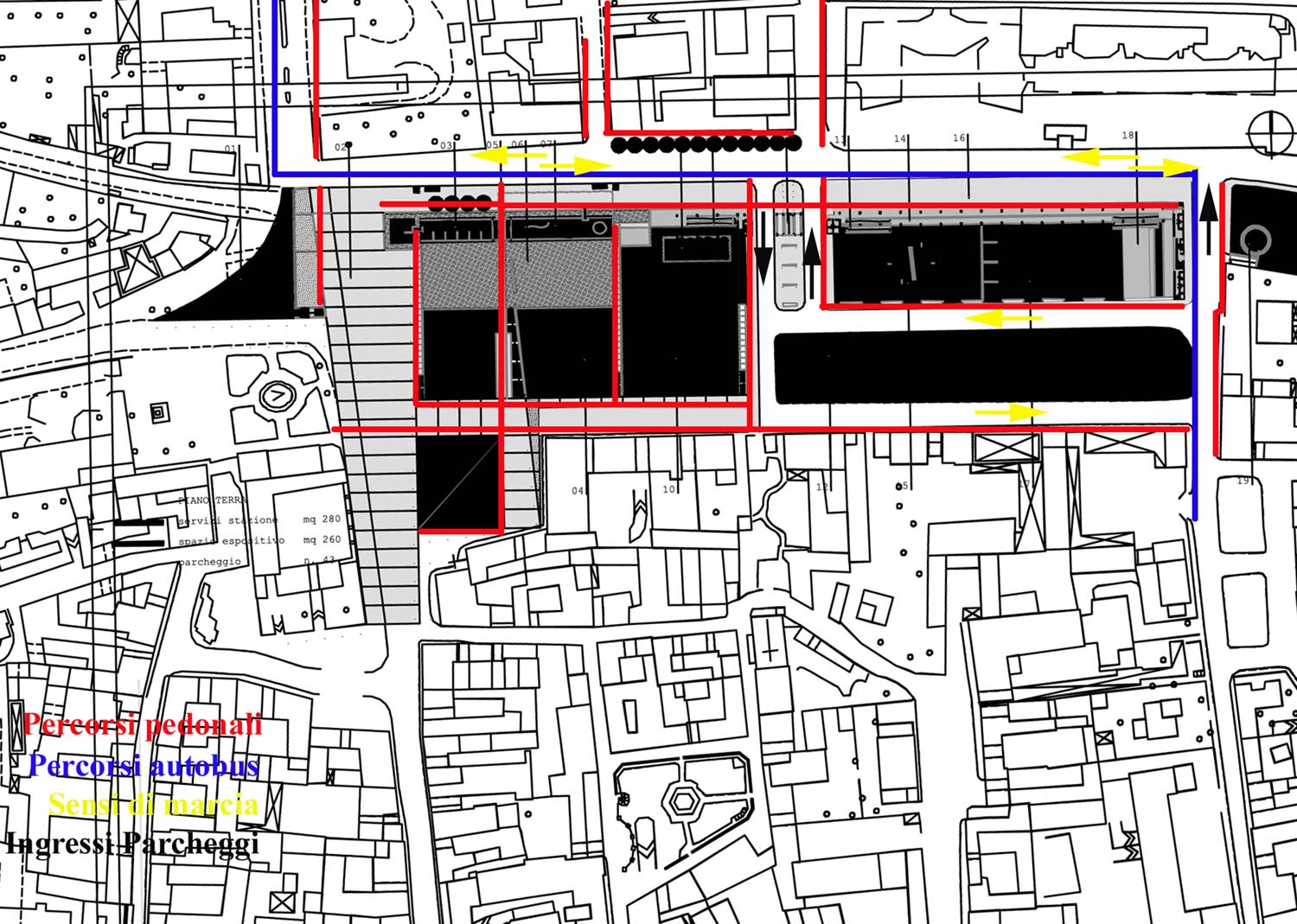 For some time now, the role of the railway station has no longer been exclusively linked to the infrastructural function alone but must at the same time deal with the dual role of modal interchange node and transformation pole of the city.

The two needs, the “pure” infrastructural one and the representative-modifying one of the urban space, must find a coherent and meaningful modality of coexistence in an “architecture of urban infrastructure”, without on the one hand compressing the need for circulation of flows and other, to represent an obstacle to the public and private life of citizens.

The burying of the tracks, provided for by the railway management body, becomes a fundamental prerequisite for the reconnection of the urban fabric of Abbiategrasso, historically disintegrated due to the presence of the railway site that crosses the entire city. The project area becomes the main place of reconnection of the urban space. The new station complex is developed in a sequence of open, semi-open and closed spaces, which goes beyond the old-fashioned concept of the station building as a single purpose closed and impermeable element to the city.

The station is divided into a series of more complex places that constitute the continuation of the public spaces of the city itself. Other commercial and tertiary functions and activities related to free time complete the offer of services proposed and amplify the socio-economic attractiveness of this area. Energy efficiency and sustainability is one of the priorities of the project which for this purpose uses the most advanced construction and plant technology available today.

The project becomes part of an area energy plan for the optimization of resources and for the containment of operating management costs. A system of differentiated sales and procurement of energy, through existing networks, optimizes the different hourly cycles of operation of the various functions established.

The architectural structure of the project is covered, in the different parts that compose it, by a total area of ​​about 1200 square meters of modular and transparent photovoltaic panels with monocrystalline or polycrystalline cells. The natural convective motions of the air are exploited with the positioning of wind trap devices and rainwater collection systems that allow for the integration of the water needs of firefighting, heating / ventilation and irrigation systems.

The electrical production of the entire structure is estimated at around 120,000 kWh per year, with an installed electrical power of 120 Kwp, thanks to which it is possible to cover a substantial part of the energy needs of the new complex.