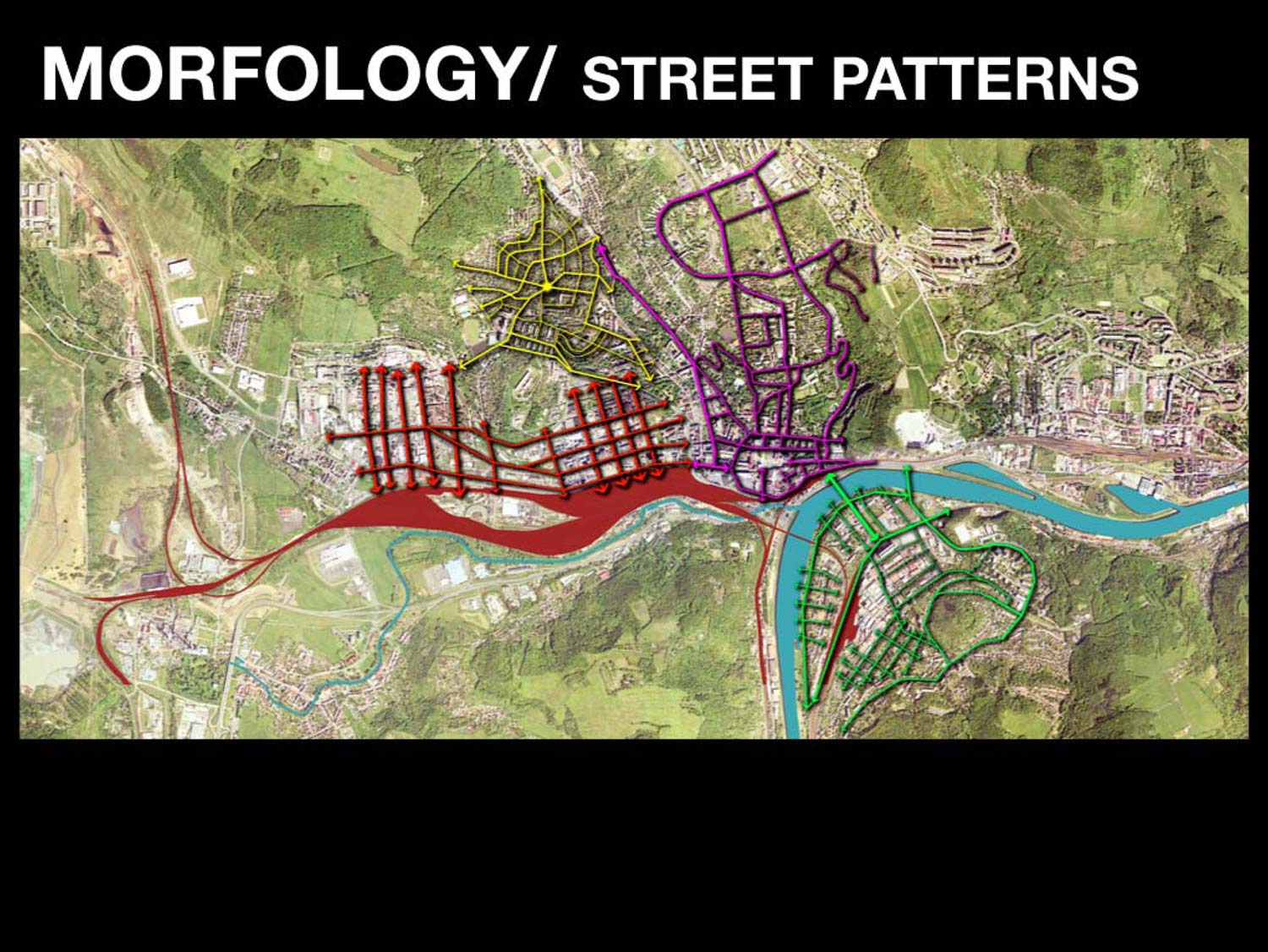 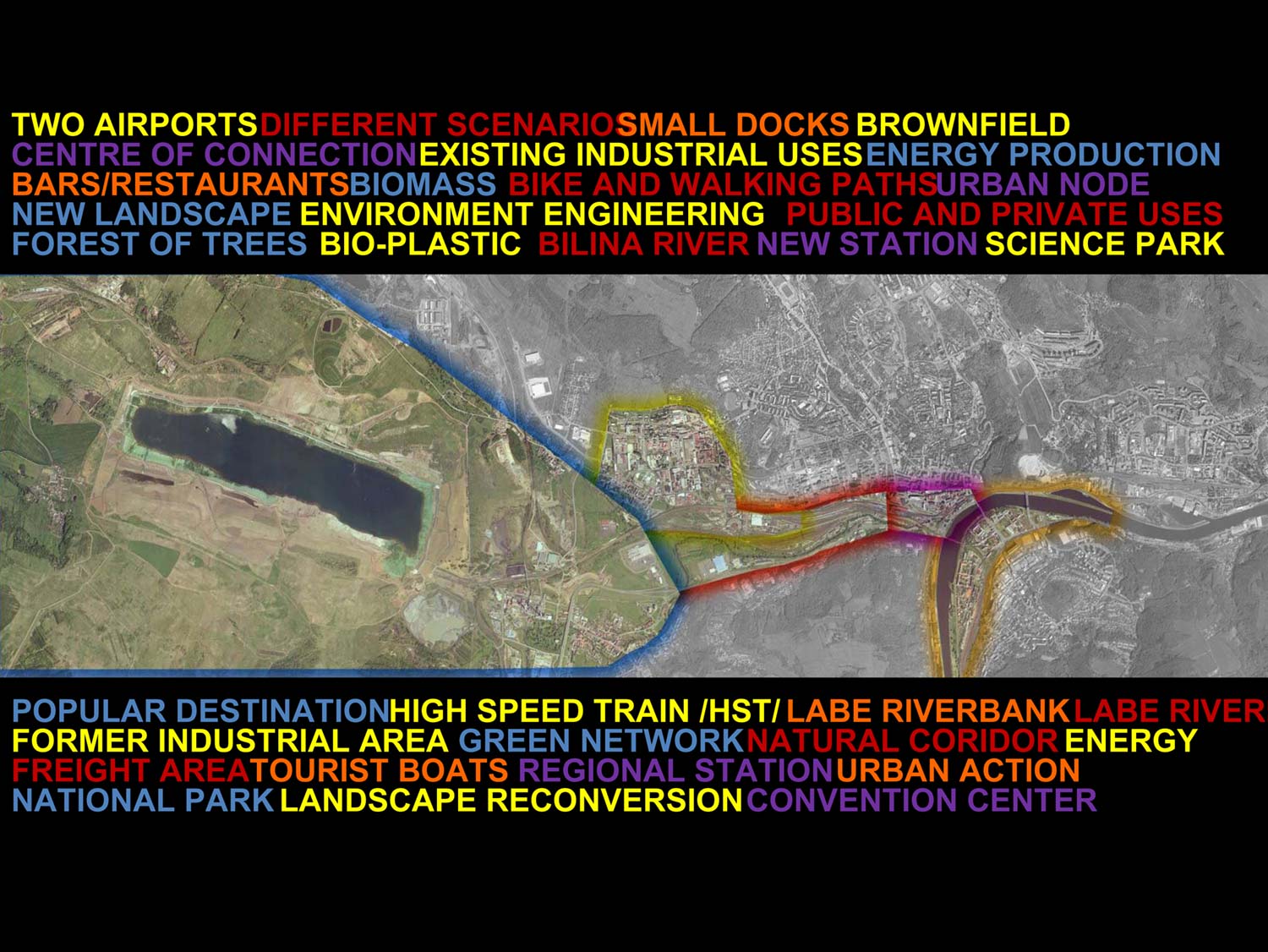 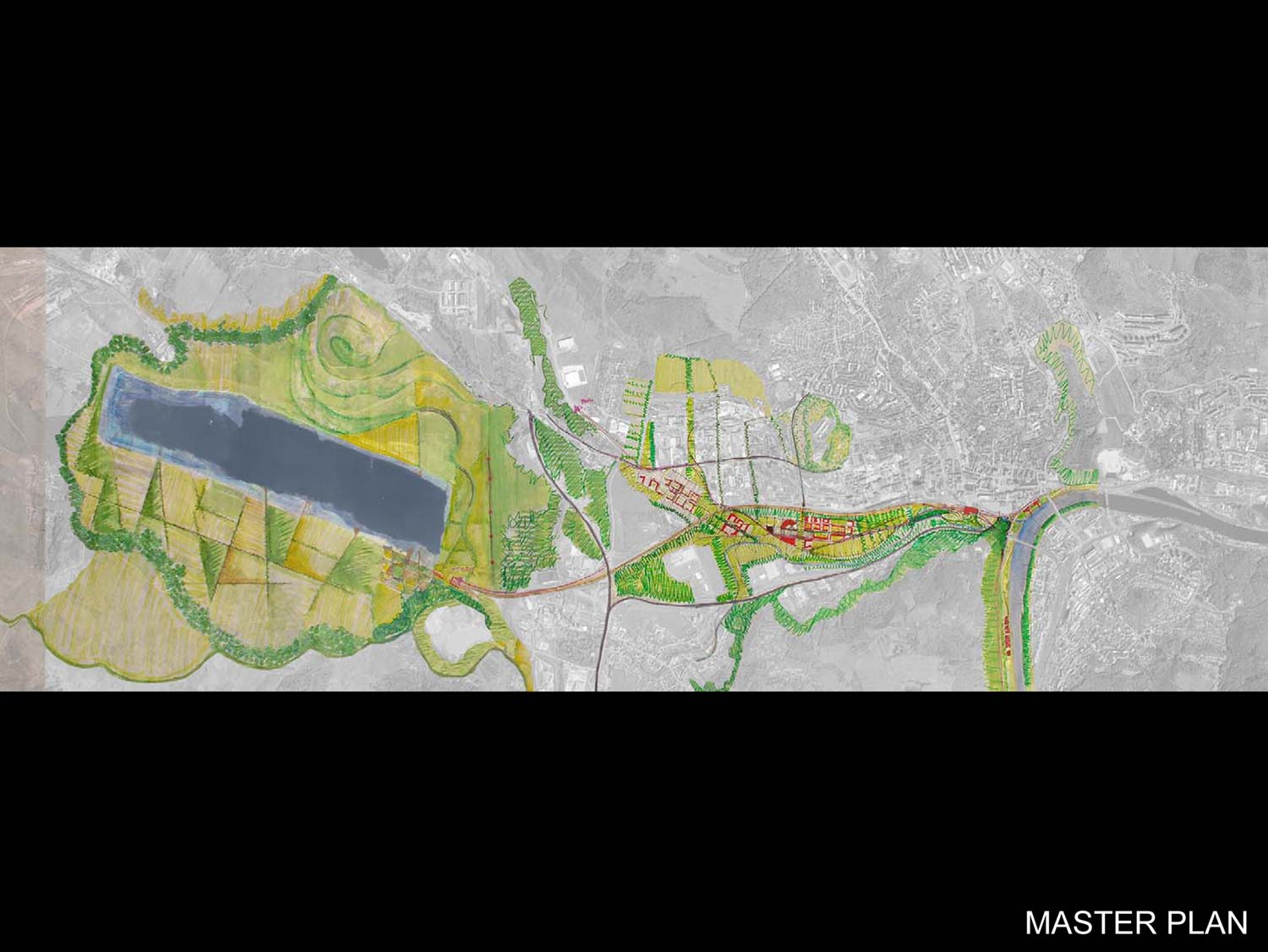 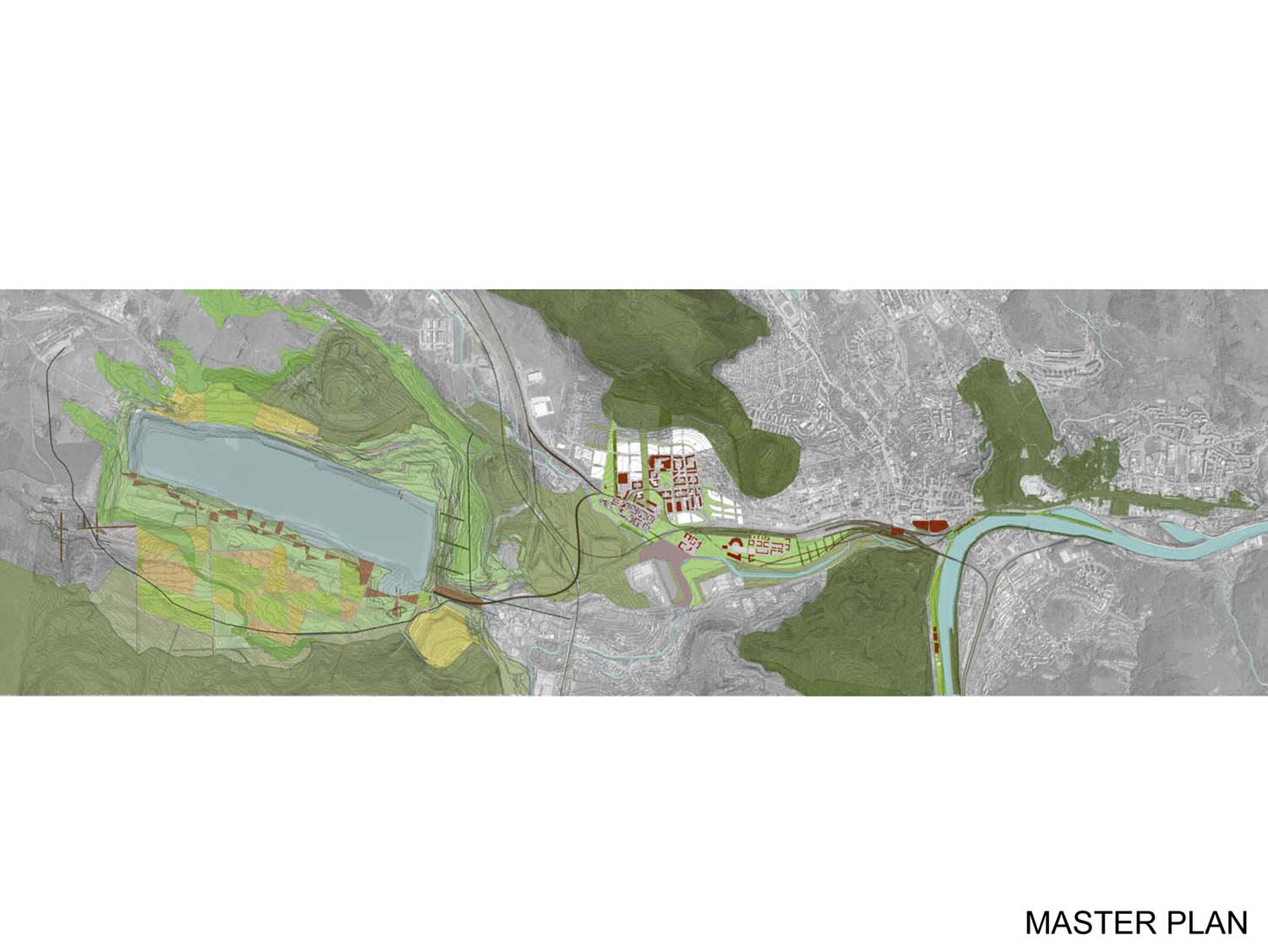 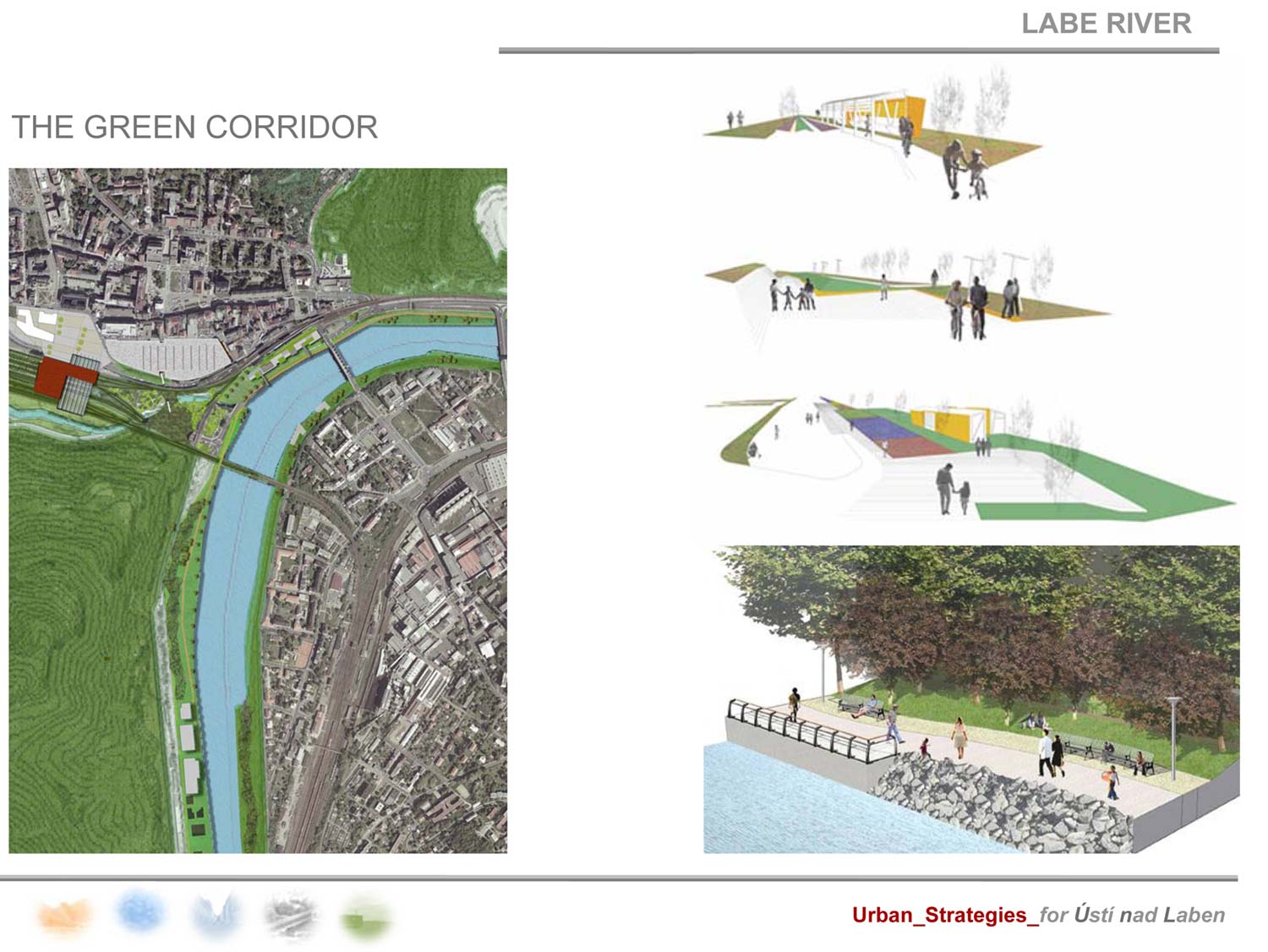 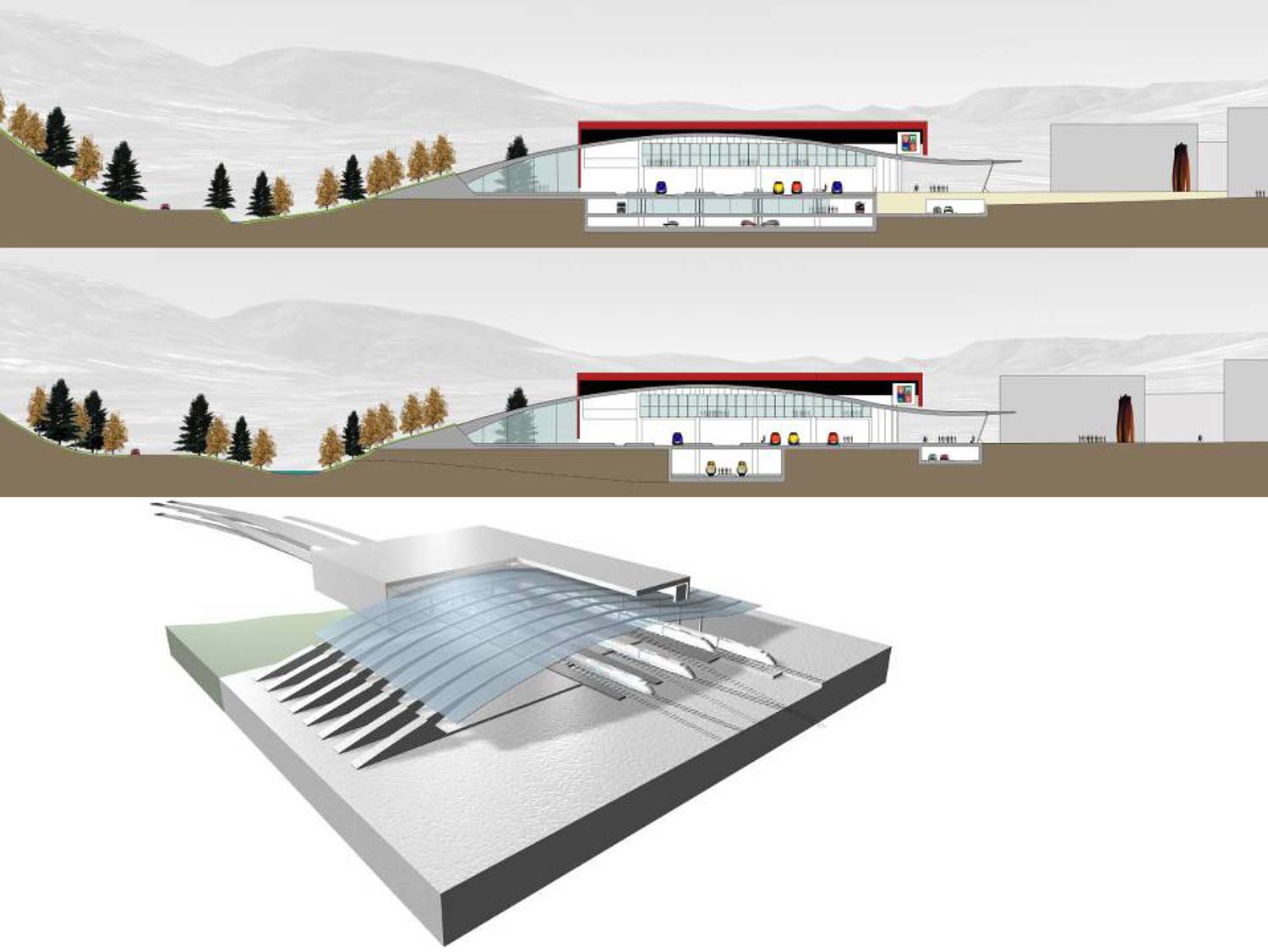 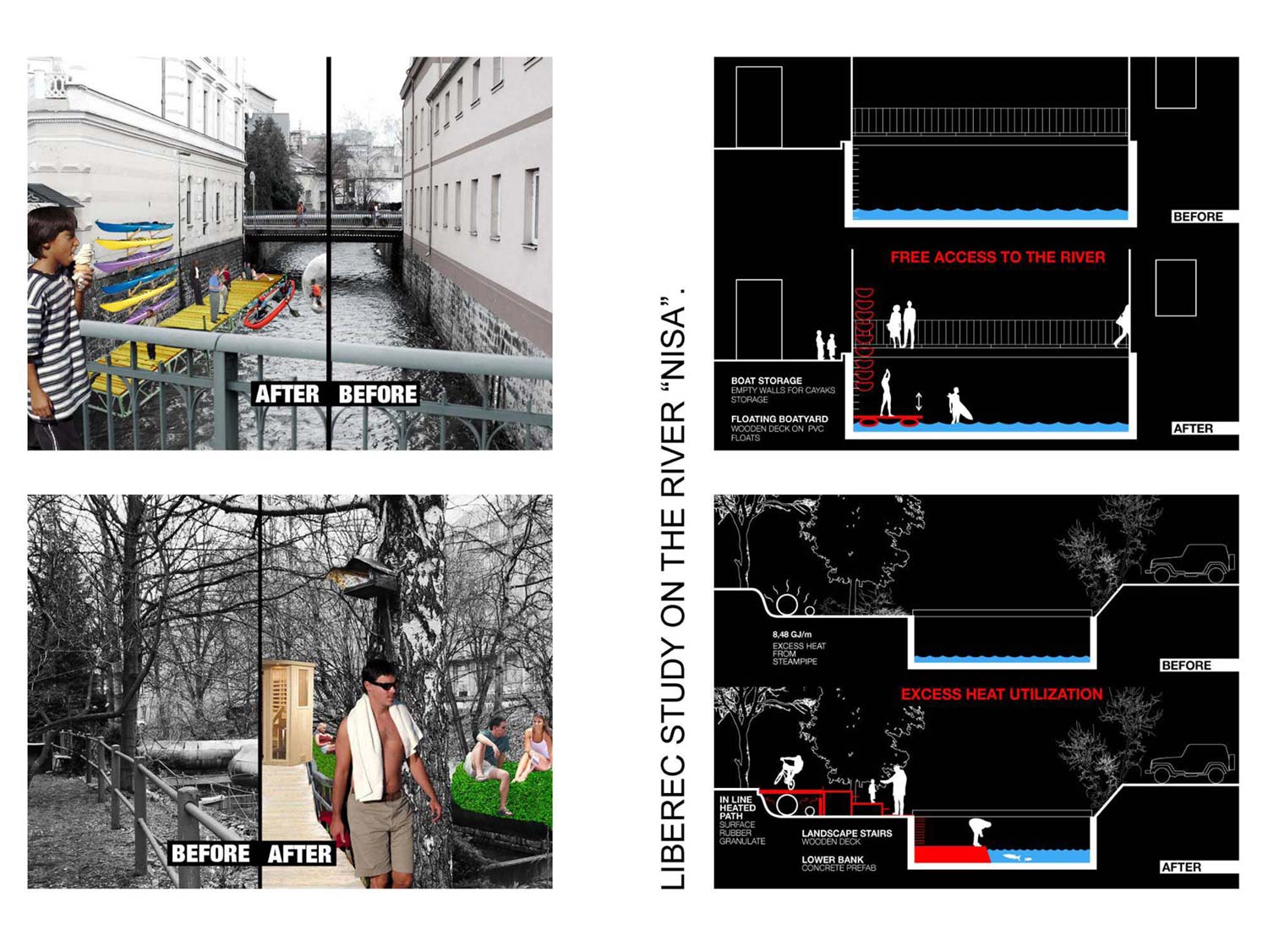 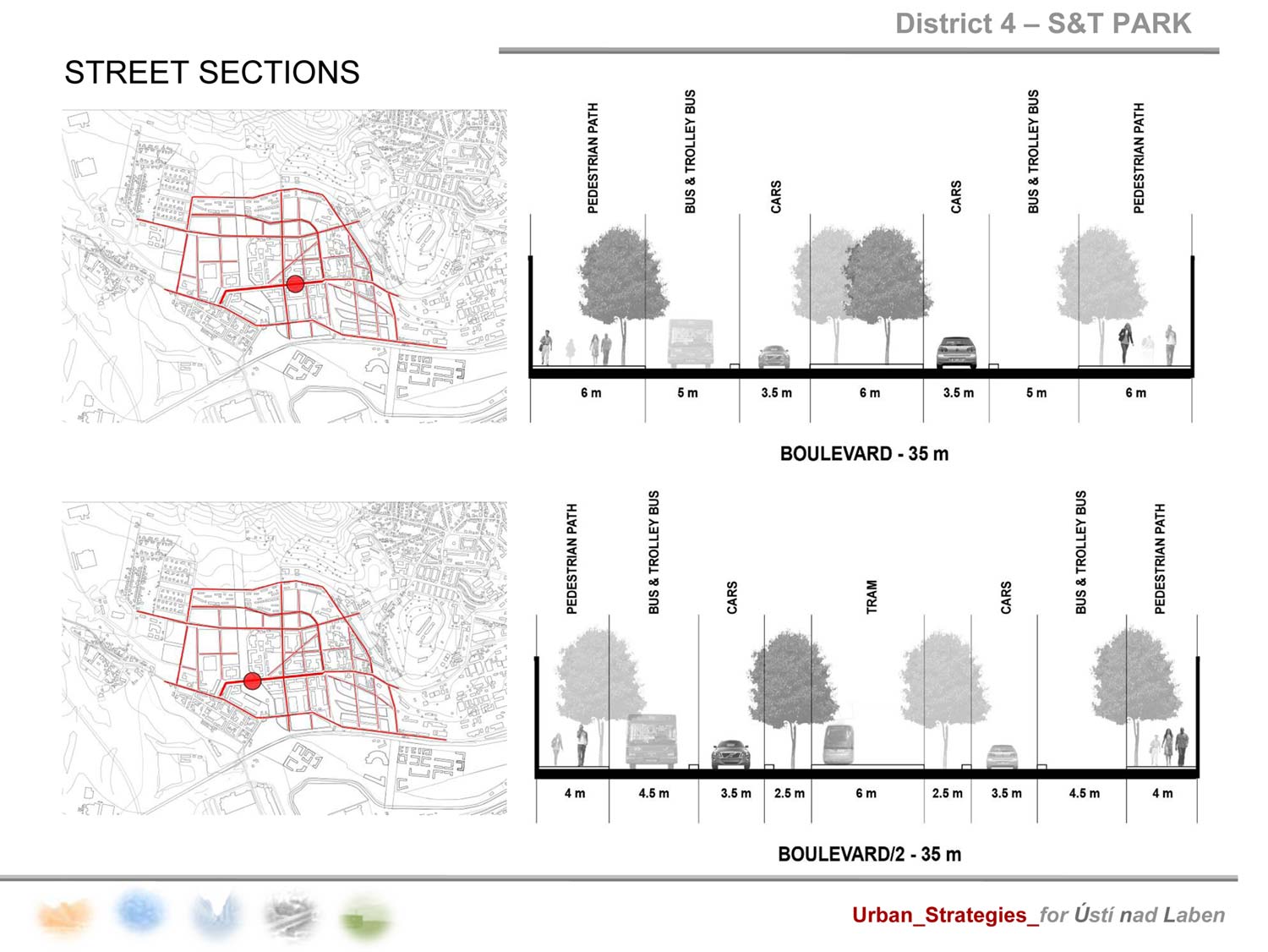 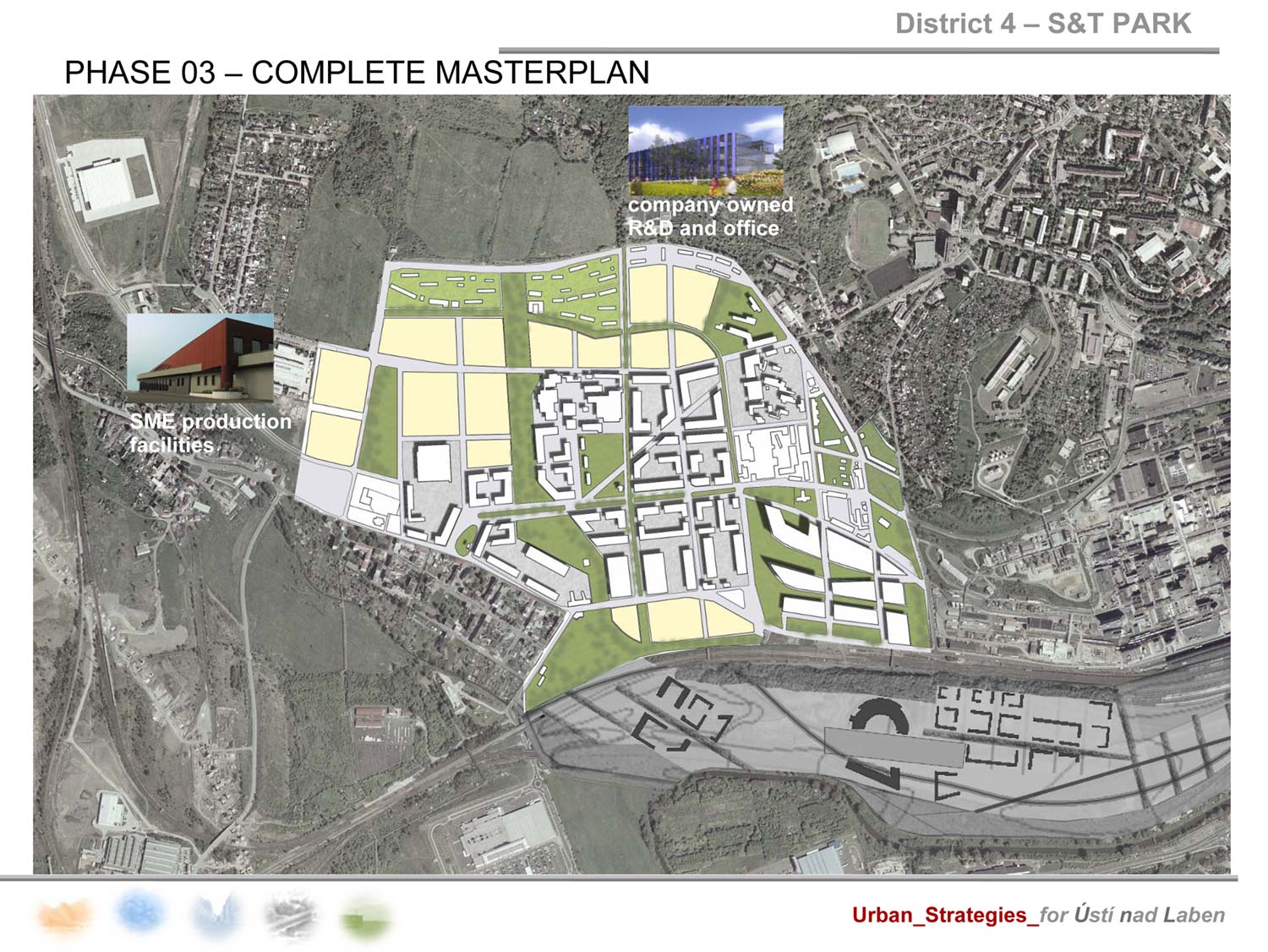 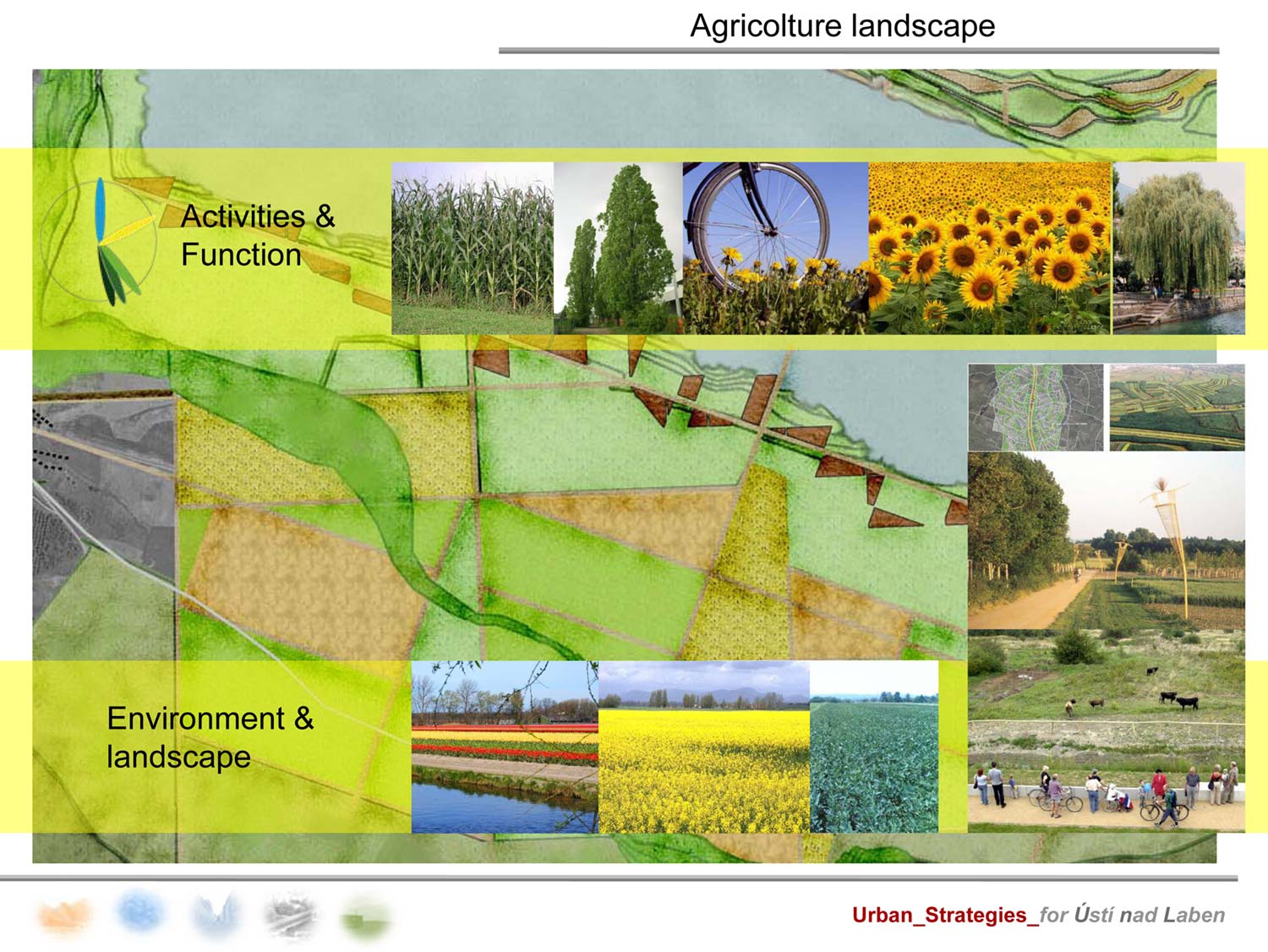 The city of Usti Nad Labem, situated in the north of Bohemia at the confluence of the Rivers Elba and Bilina, is the ninth largest populated city in the Czech Republic. A great railway network and fluvial port is characterized by an important past linked to the chemical industry, ceramic production and coal mining. After a long period of social-economic decline, the city is actually seeking out a new identity that will allow the conversion of its productive activity, the formation of new poles of attraction as to obtain new sustainable development as well as the integration of new activity and services that will take advantage of the appeal of the said territory.

The strategy proposed for the development of the new concept plan takes on, as a base, the   20 – 20 – 20 strategy as laid out by a “climate-energy” relationship as approved by the European Union in 2008 and based on three fundamental points namely:

The concept plan faces up to restructuration urban and territorial themes regarding disused industrial areas, many of which are positioned in centrally strategic points. The reconnection of urban material is proposed through the development areas on the banks of the River Bilina (at this moment characterized by a high level of pollution), and the creation of a cycle path circuit and green areas connecting to public areas. The integration of a high-speed railway may be considered an opportunity for the development of the station area that appears as a new entrance to the city.

Furthermore, the promotion of a sustainable public transport system facilitated by new settlements alongside the pre-existing one allows the compaction of urban fabric and the creation of a strong relationship between the city and the green lake areas.

Carried out together with the Polytechnic of Milan, the Technical University of Liberec and the Autonomous University of Barcellona)