Enlargement of the Cagno cemetery 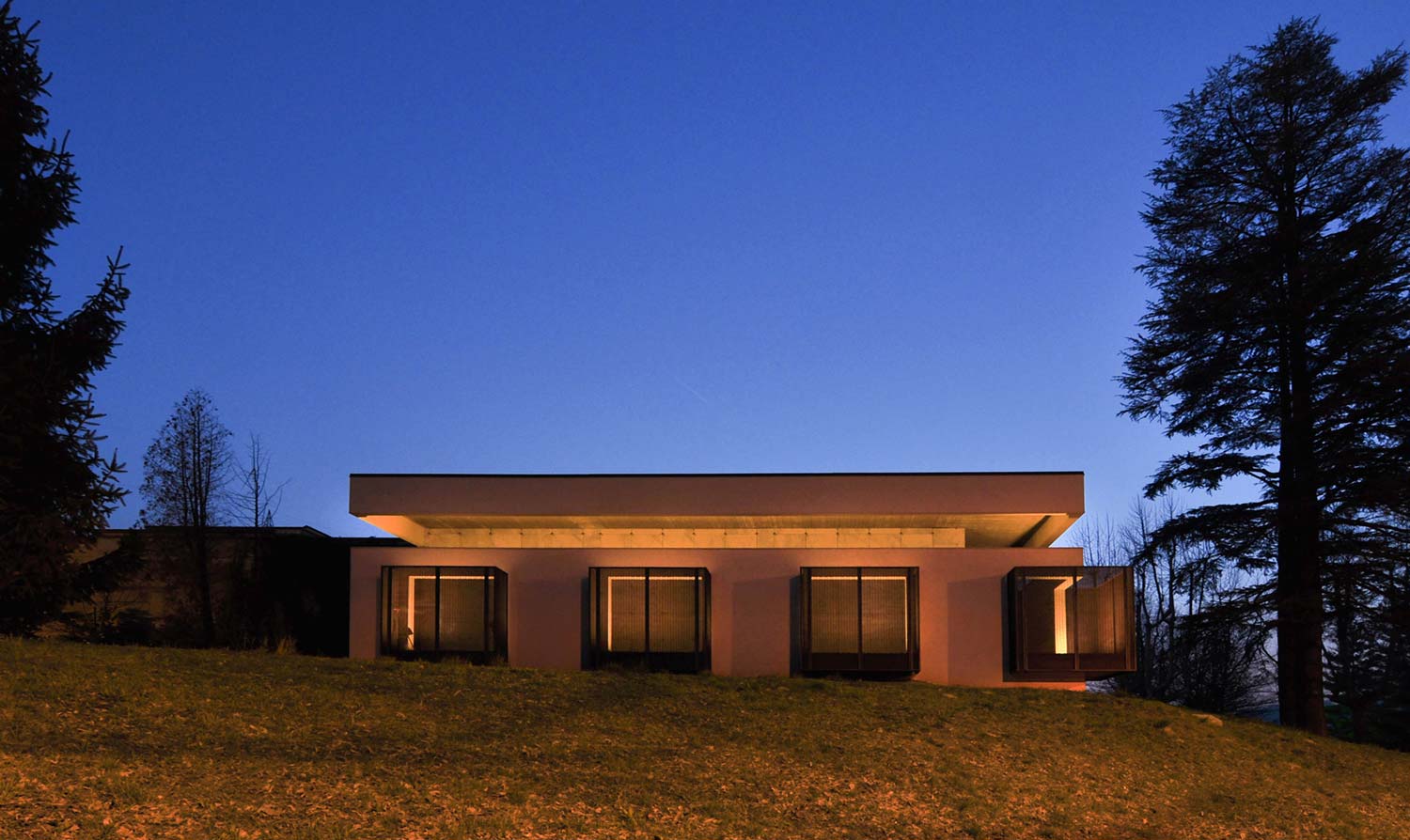 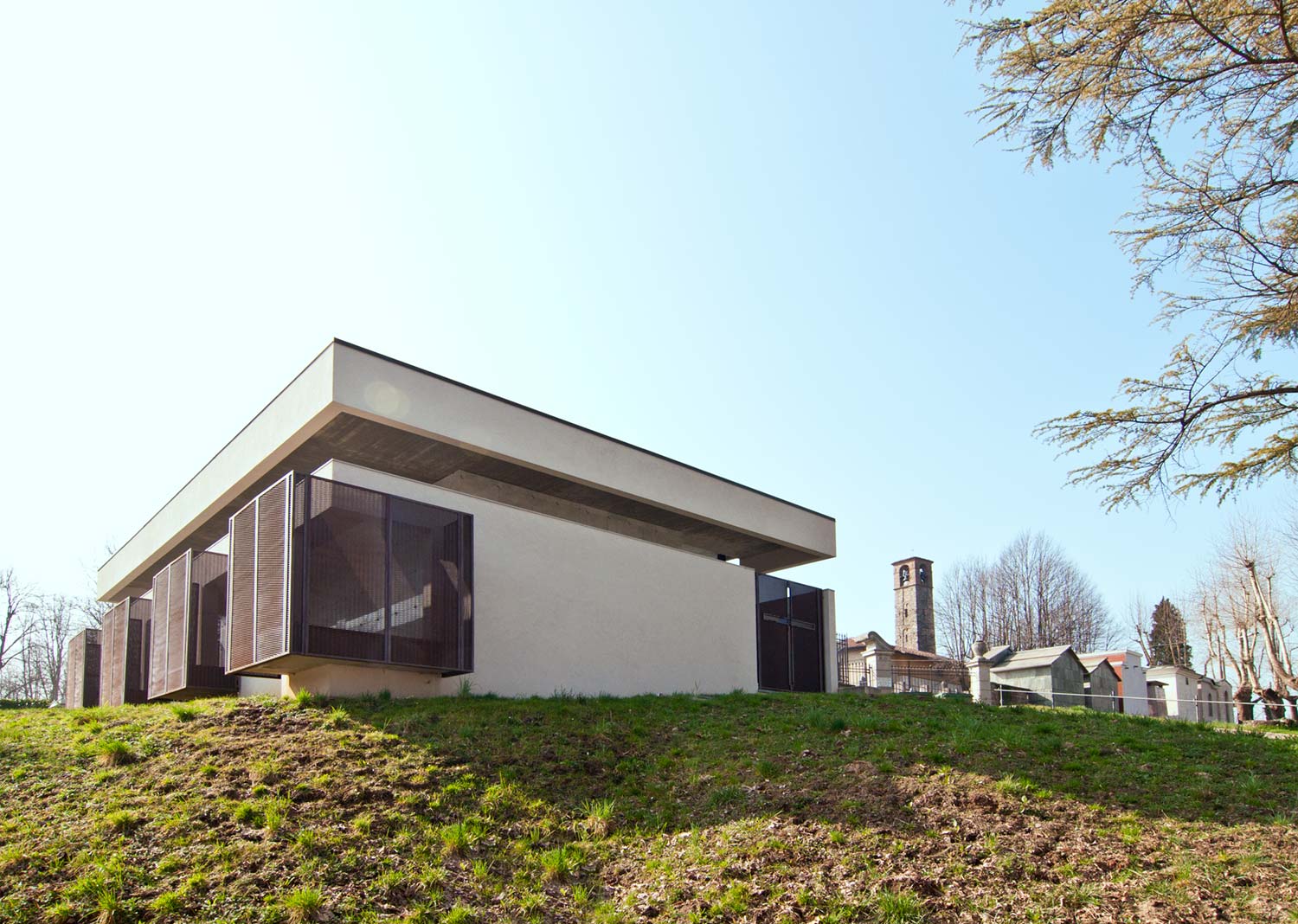 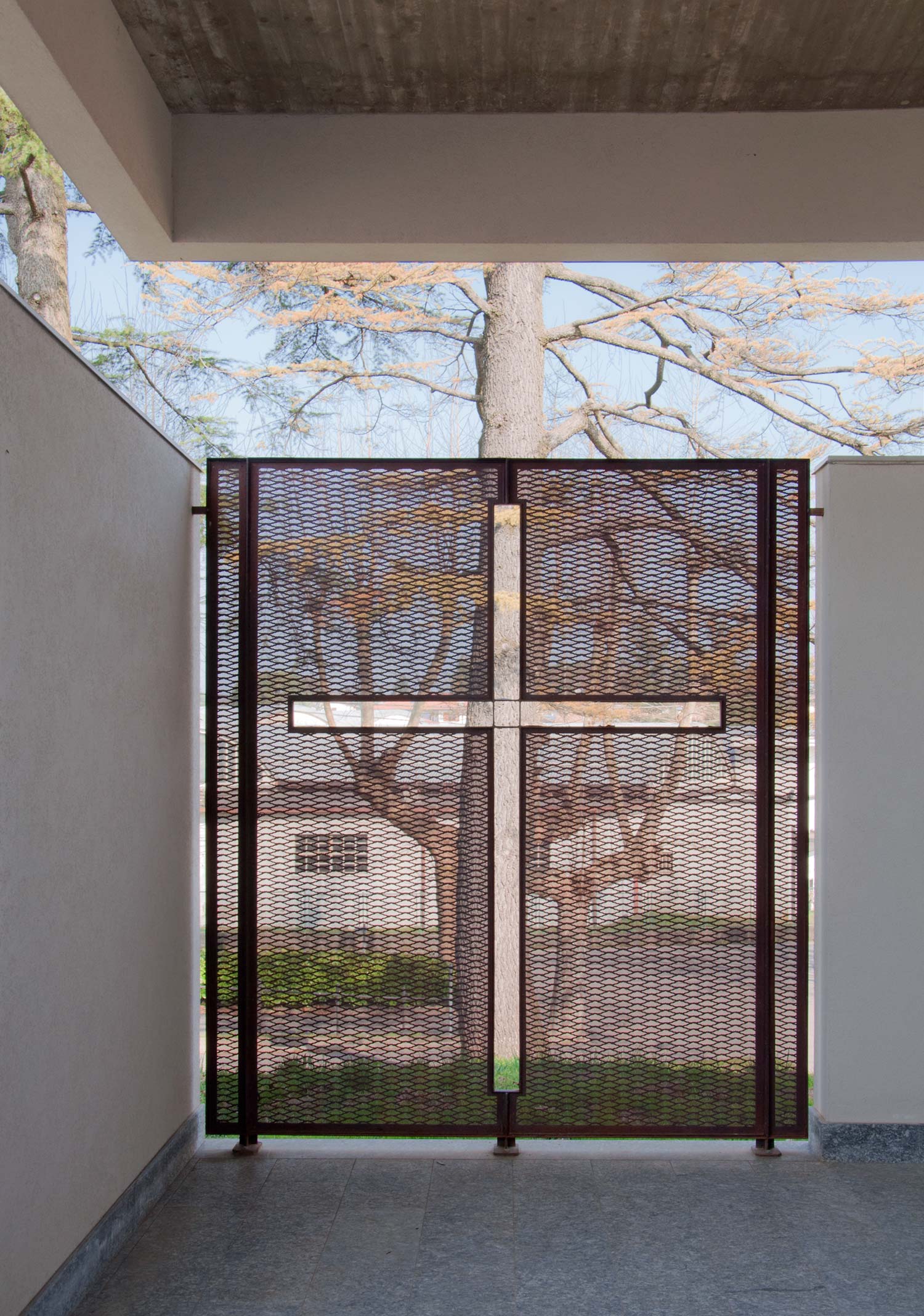 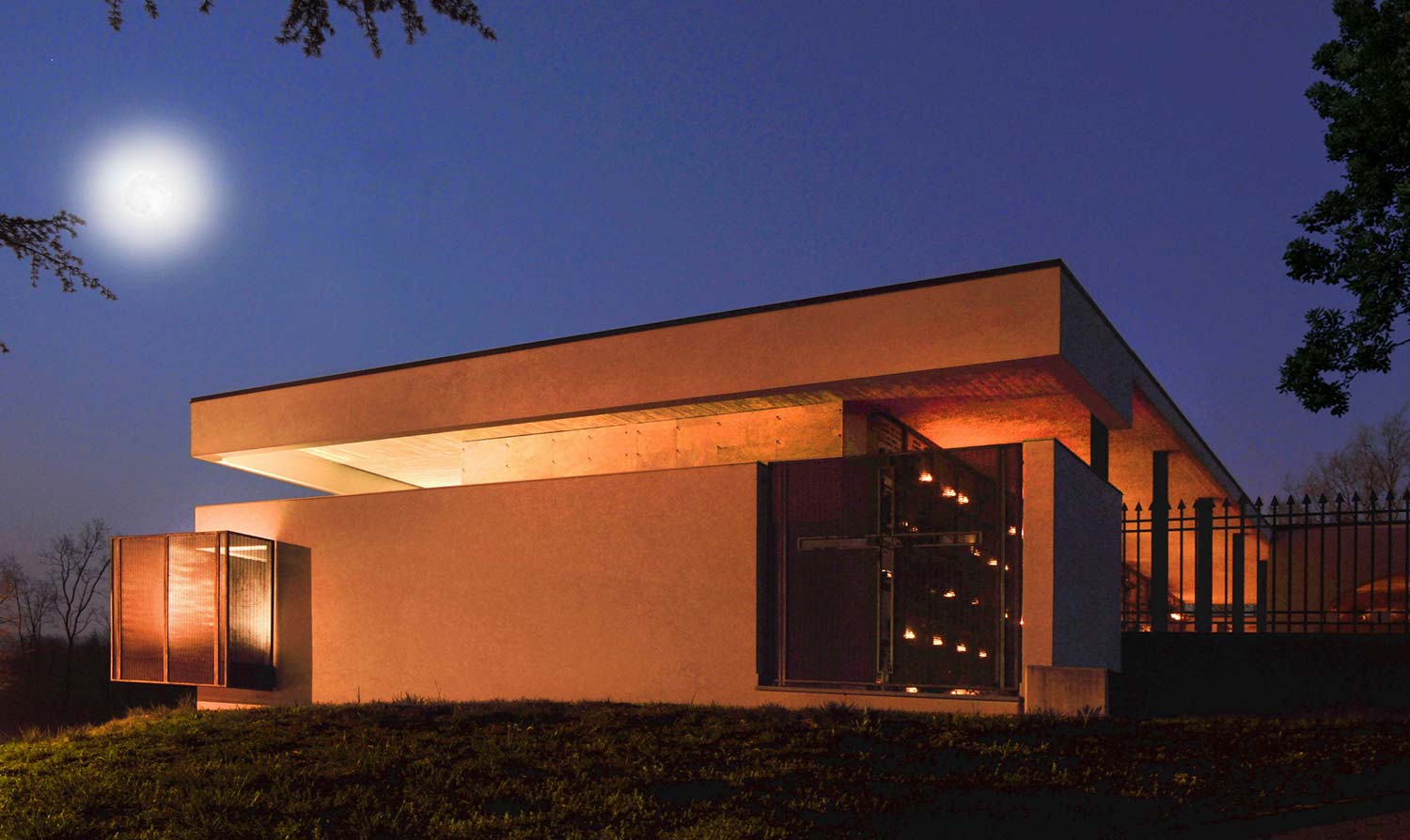 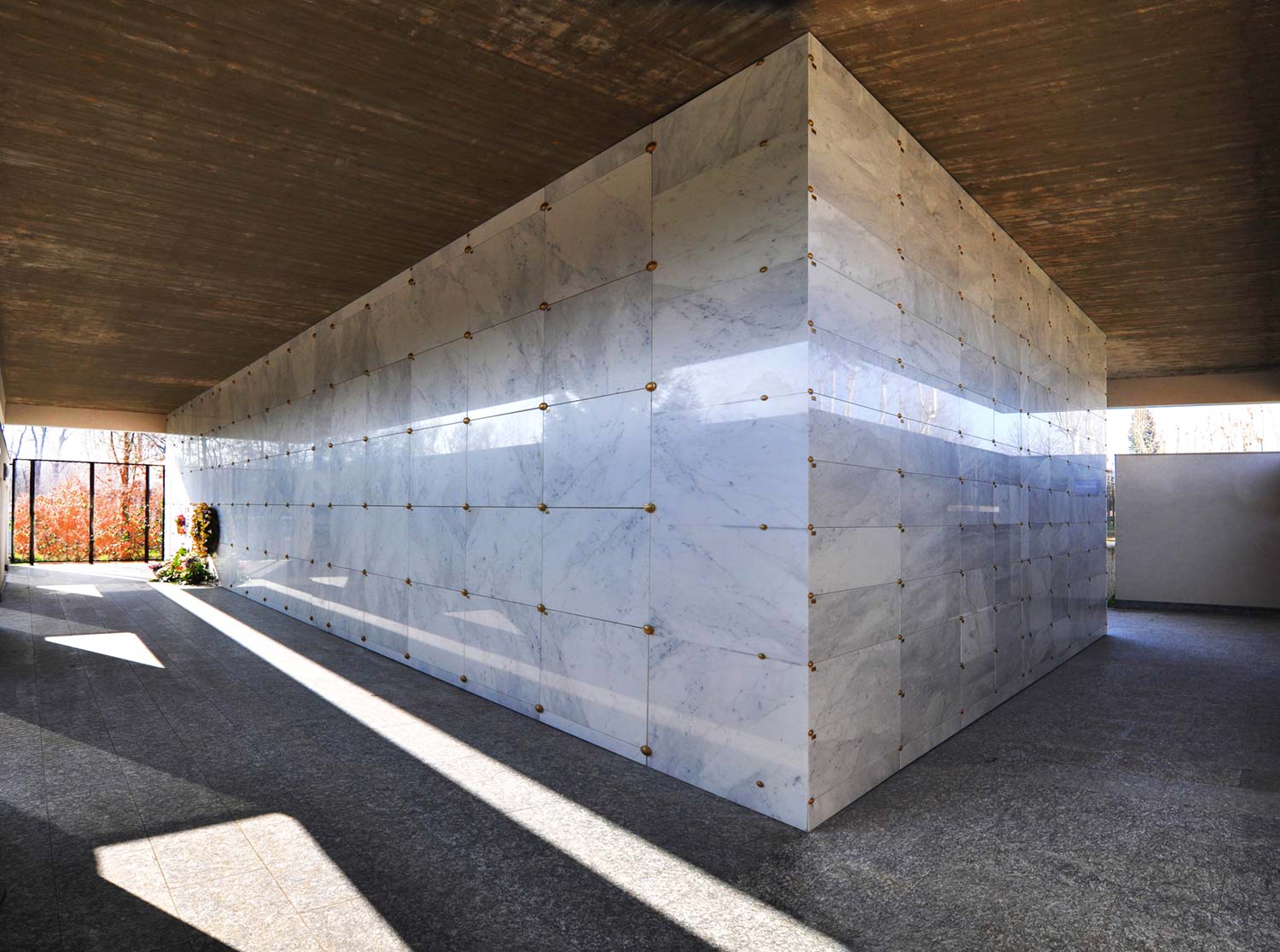 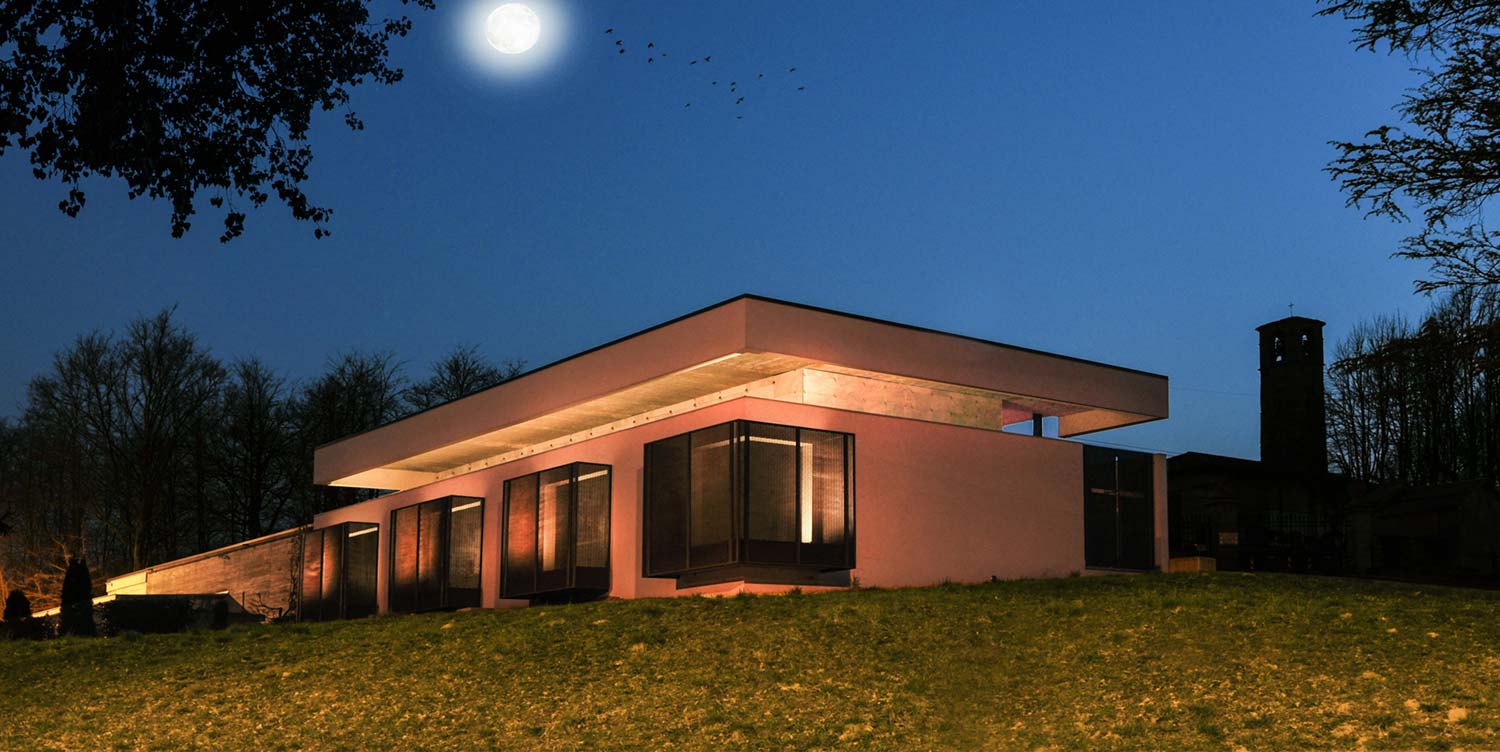 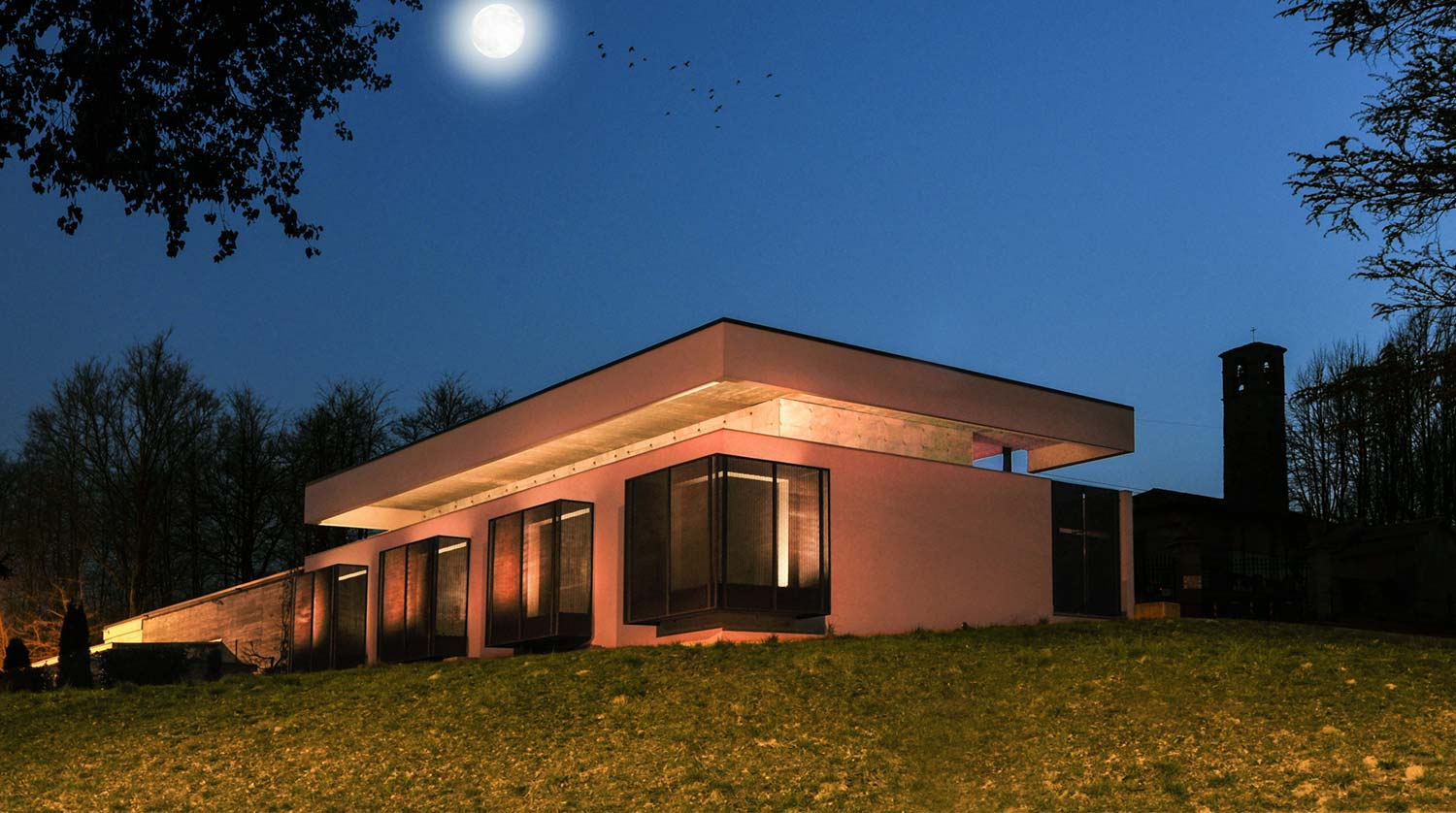 The actual existing cemetery, situated in an elevated position, is adjacent to the church of Saint George, a church of Lombard origin with a Romanesque bell tower going back to the XIII century, itself too overlooking the hills.

The site features a series of private chapels positioned in such a way as to incorporate what is known as the “Campo Santo” or cemetery. The north-side closure, previously defined by building work carried out in the 80’ (eighties) resulted in something which, from the outside, created the impression of a back wall, denying any kind of rapport between the inside and outside of the complex.

The expansion scheme, developed in collaboration with the town hall of Cagno is set up on the pretext of a modular development that, over the course of time allows for the laying out of a series of volumic mass’ leaning on the 80’s building.

This volumic mass serves to implement the new urban front of the cemetery complex by defining an interesting rapport with the stream of existing chapels and the Romanesque bell tower soaring in the background.

The new front is made up a of fifth linear reinforced concrete area from which protrudes a volumic mass coated in a metallic iron network.

Such features filter out the rapport between the inside and outside spaces. The coating, marked out by a cantilevered reinforced concrete structure allows a long cut along the entire extension of the masonry. Such discontinuity, of the peripheral closure allows a trimming of a fifth of the canopy so letting in right from the upper area.