A house on the Corniglia sea 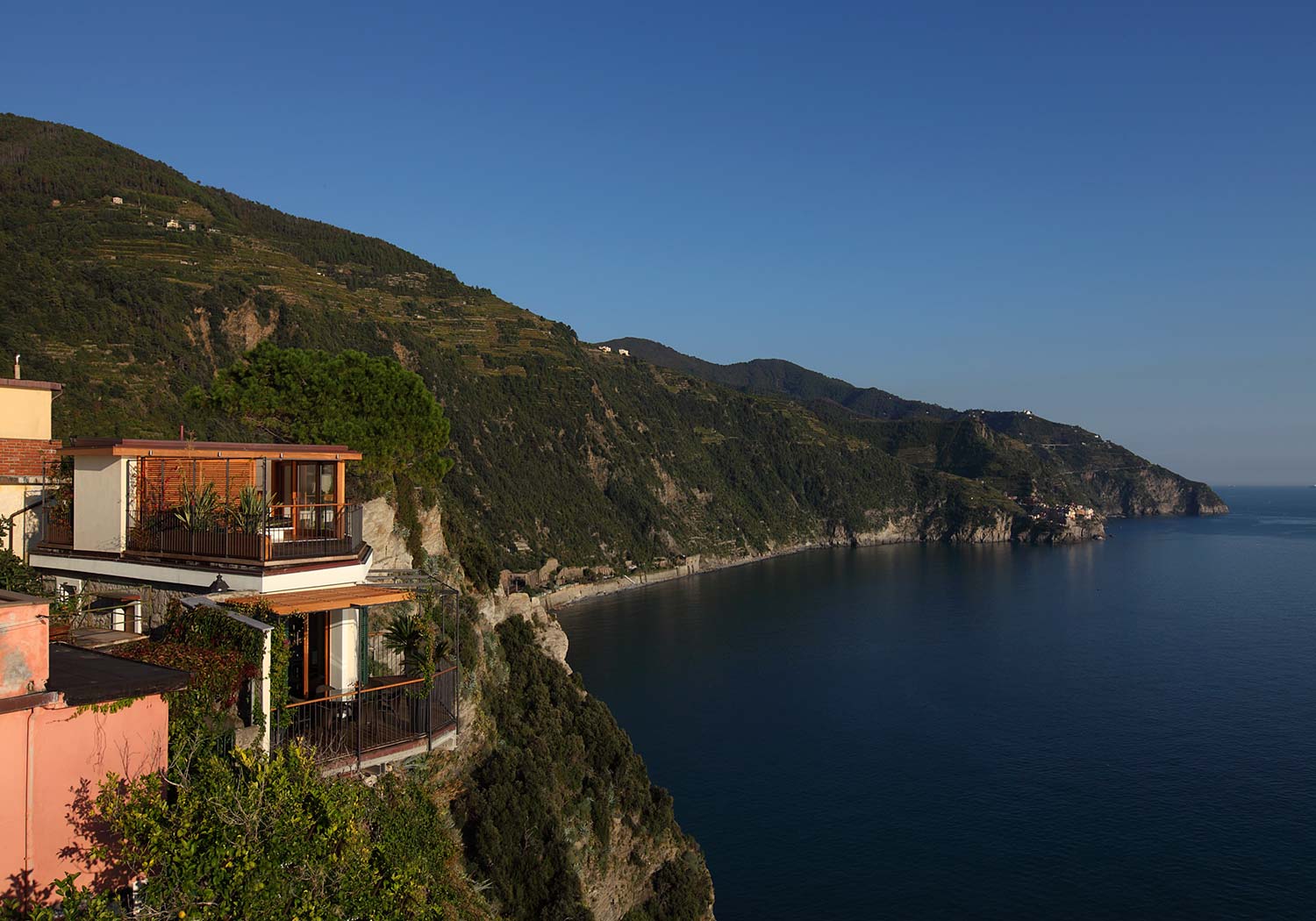 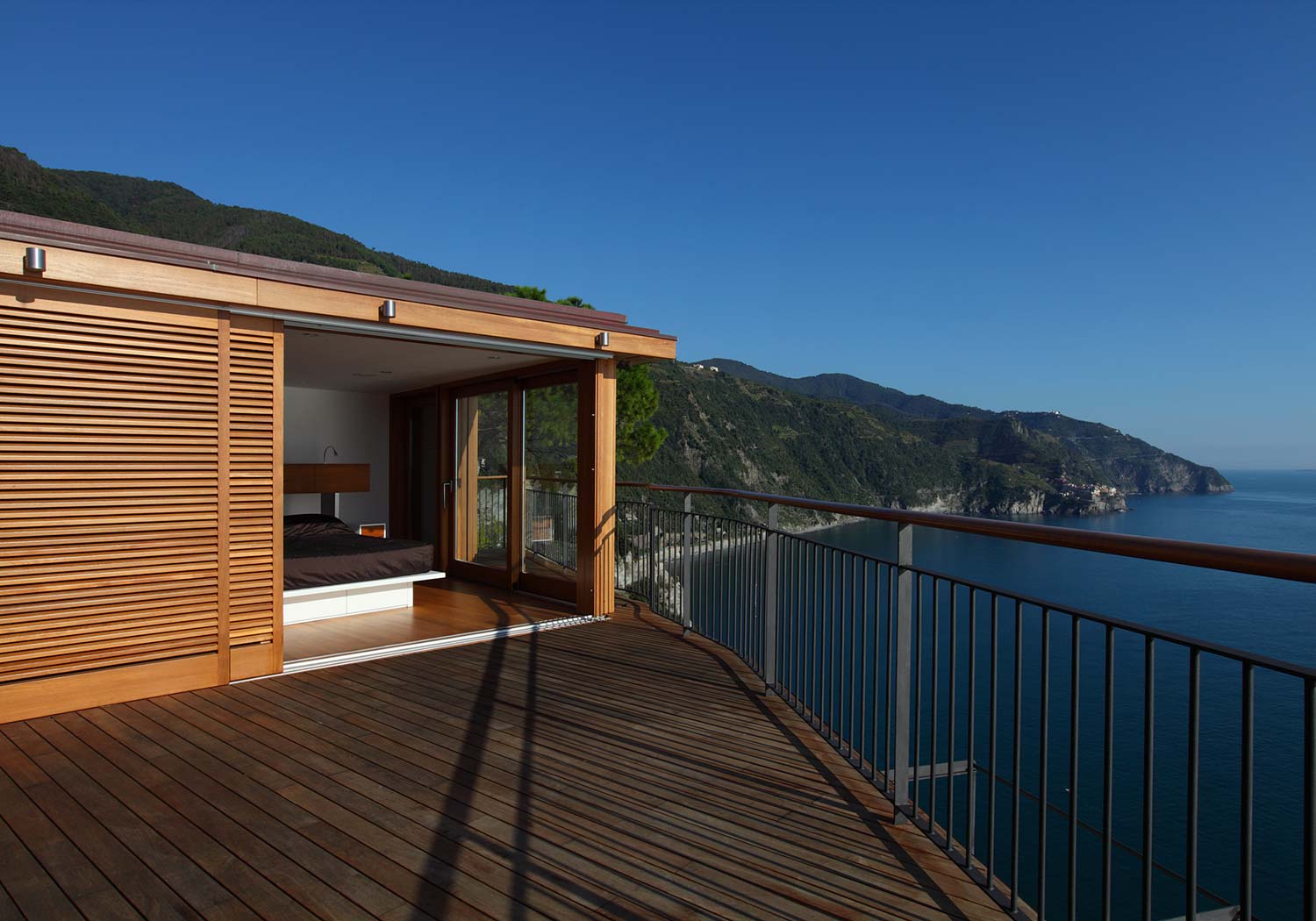 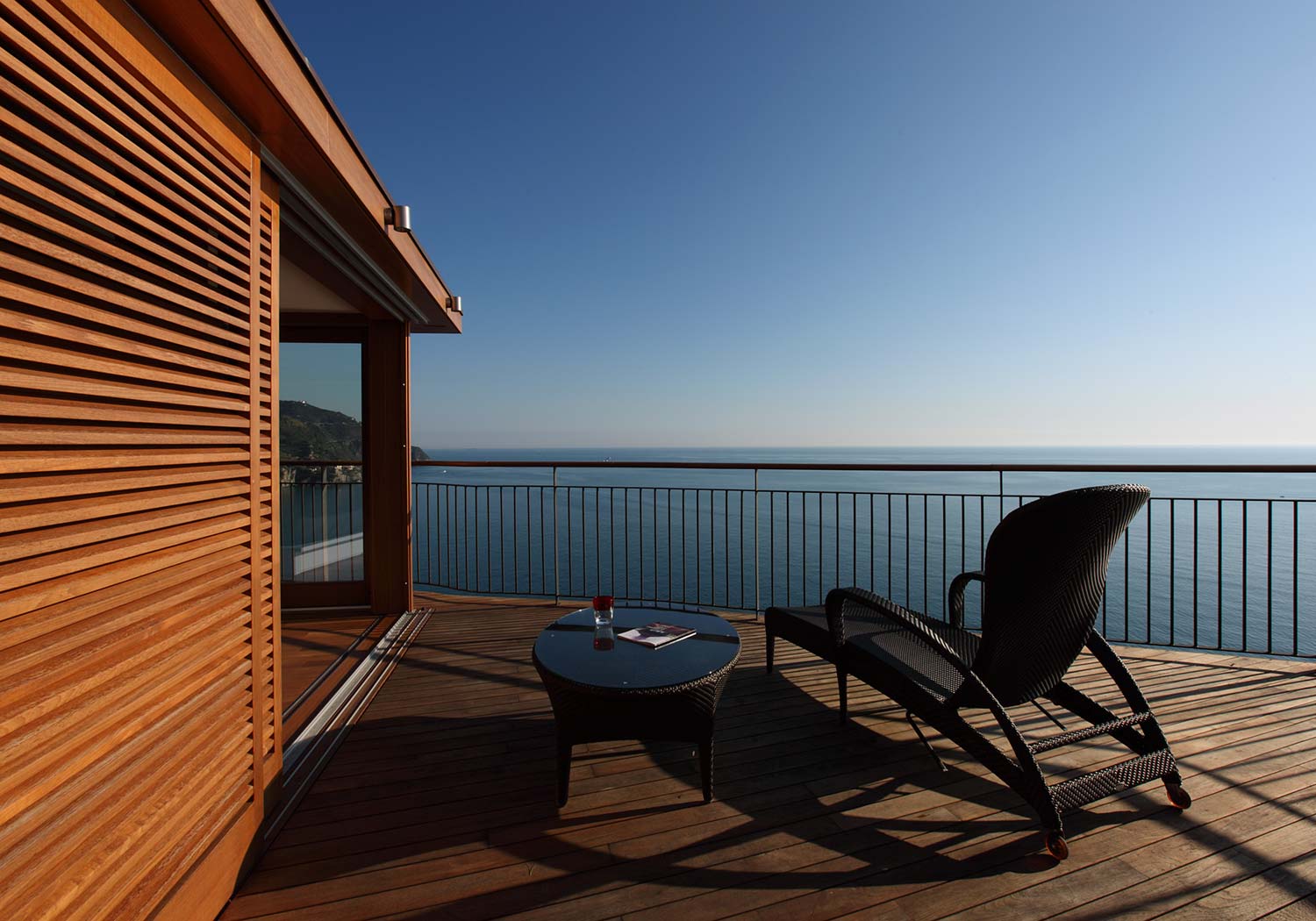 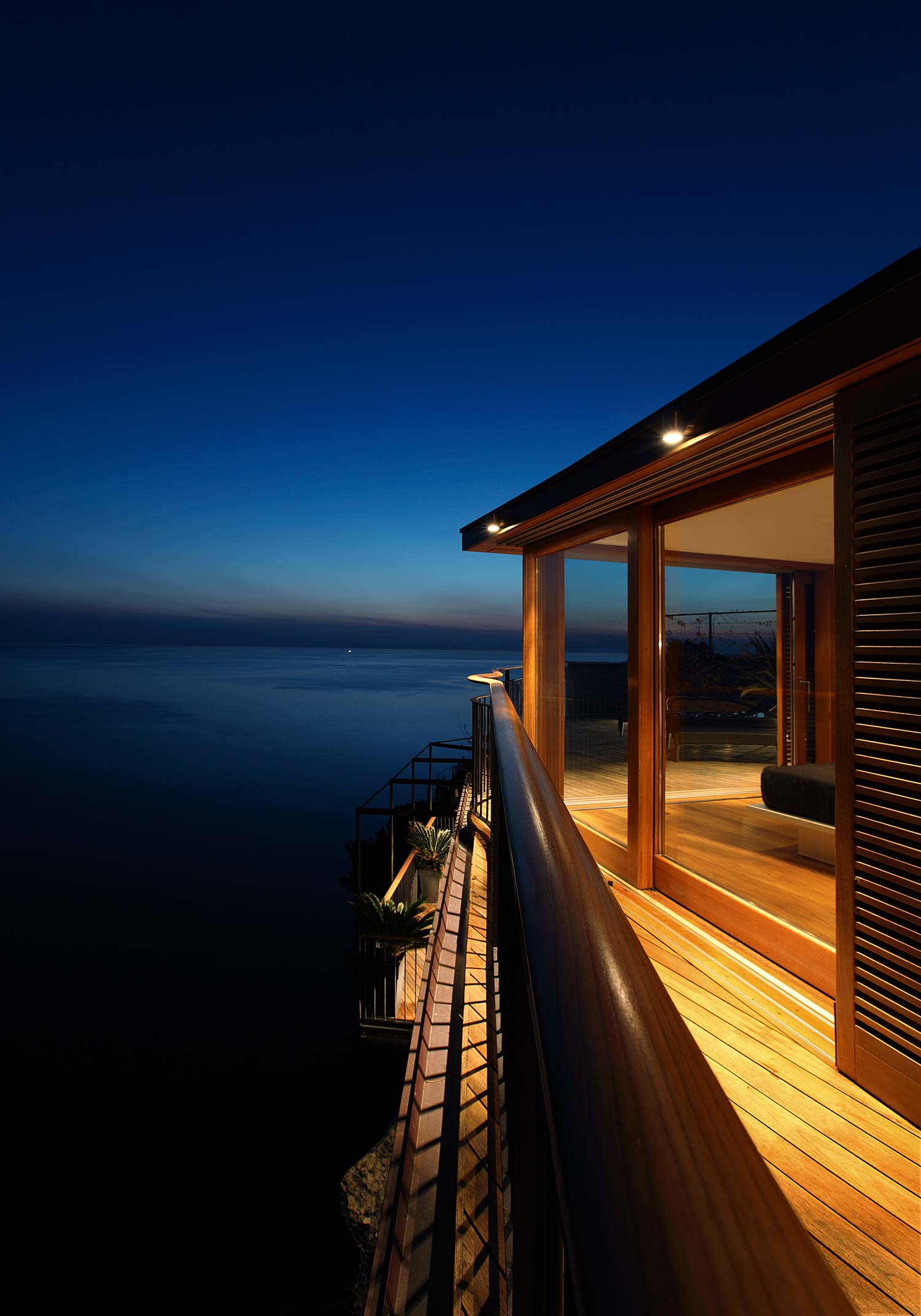 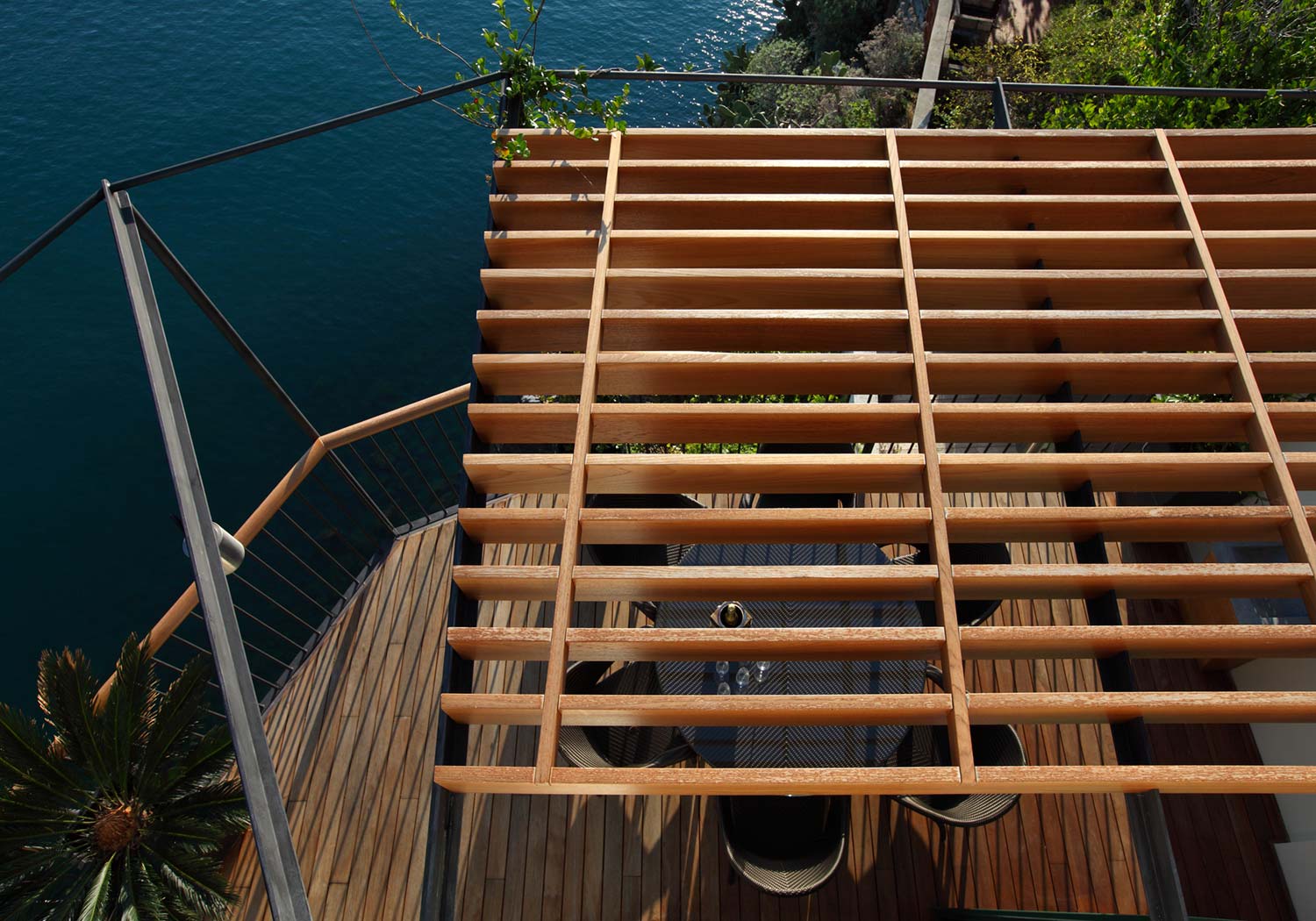 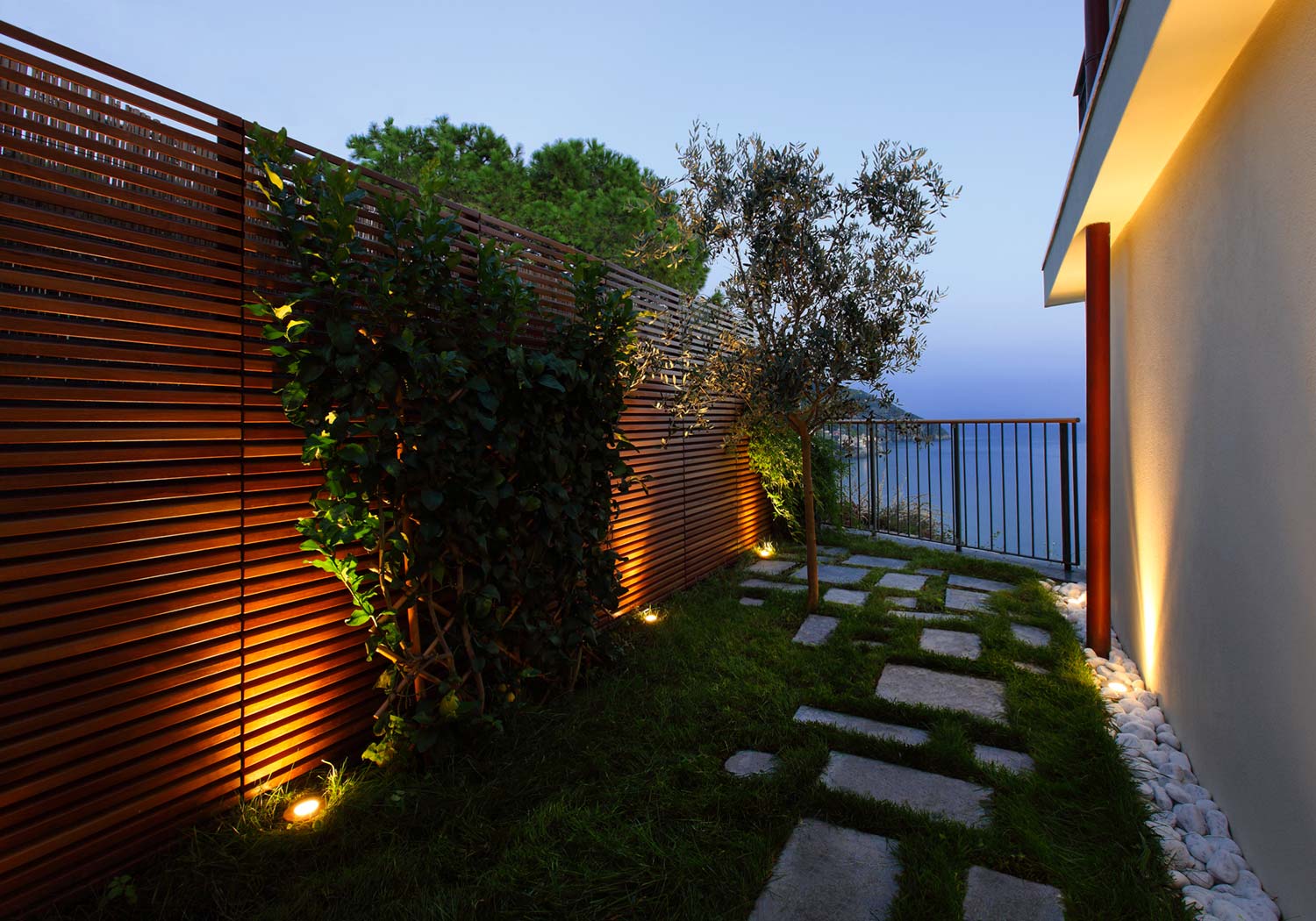 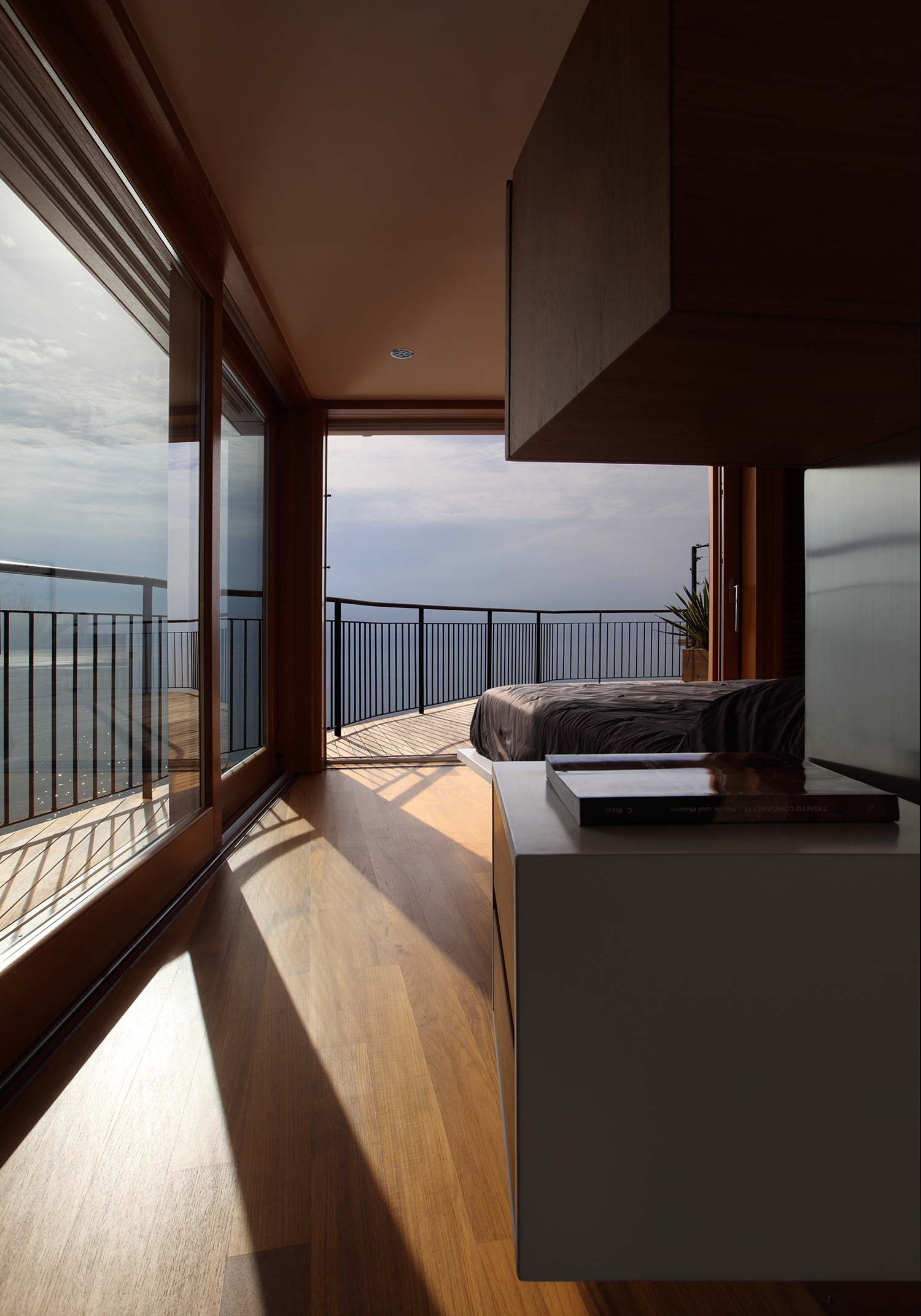 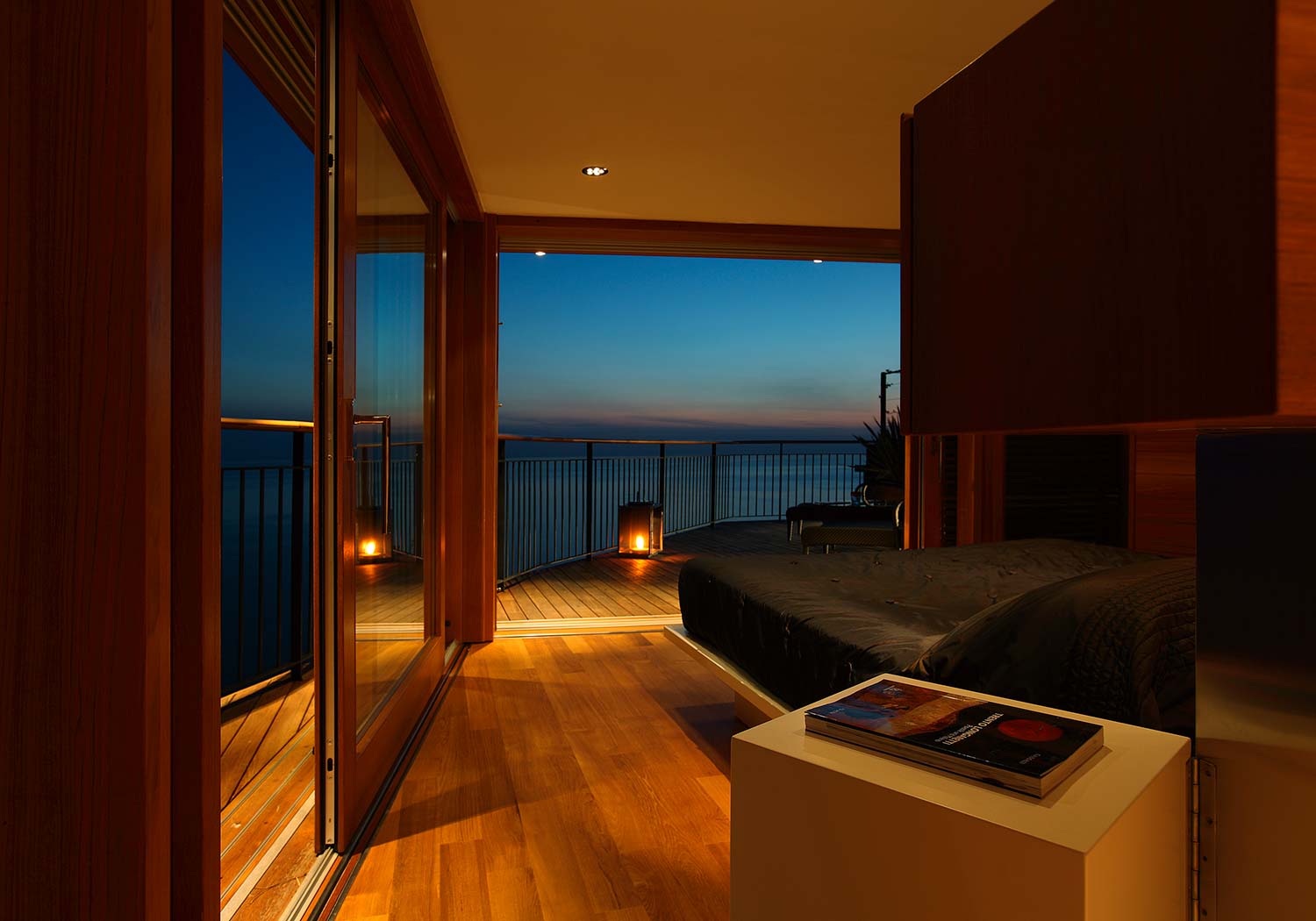 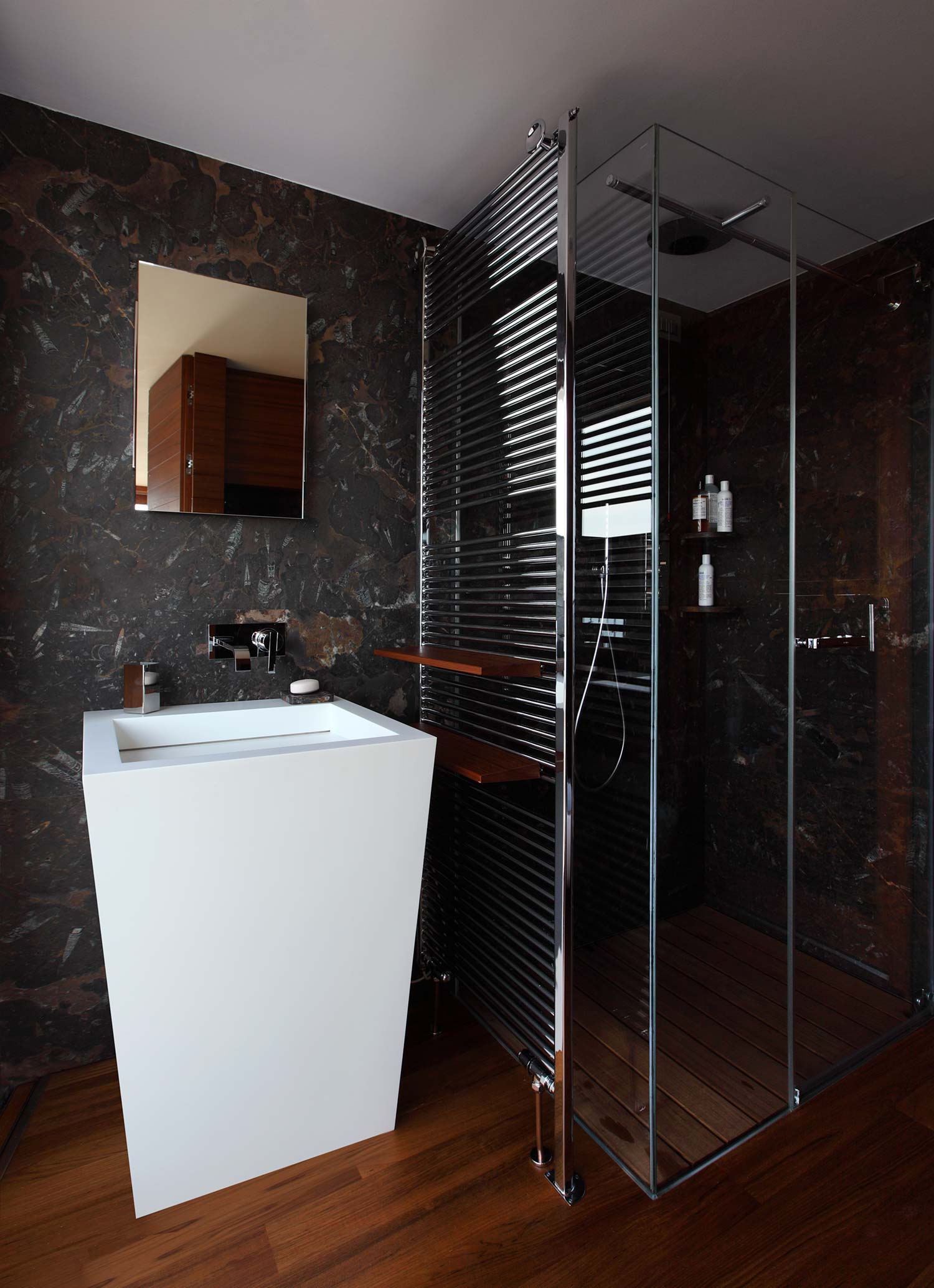 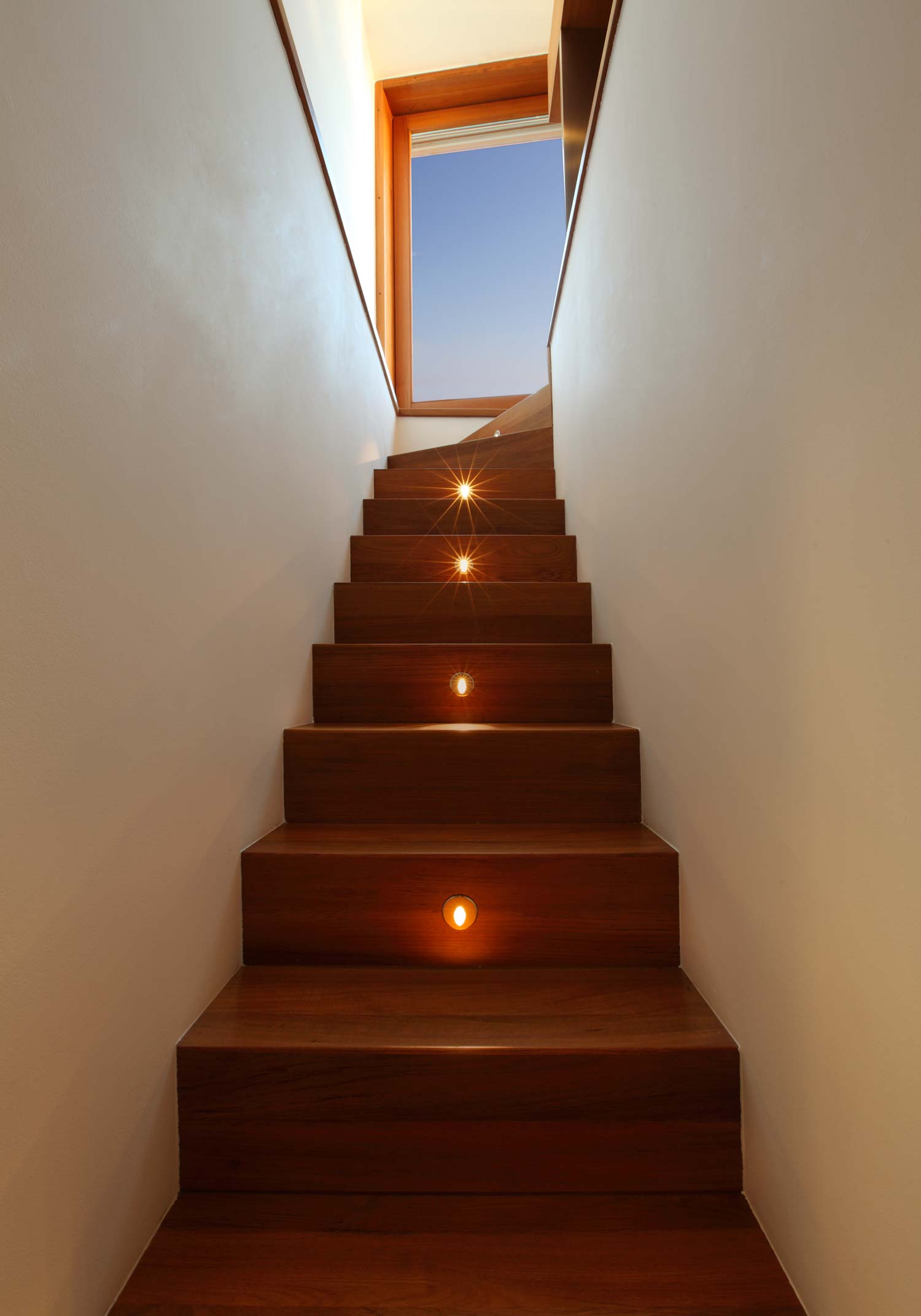 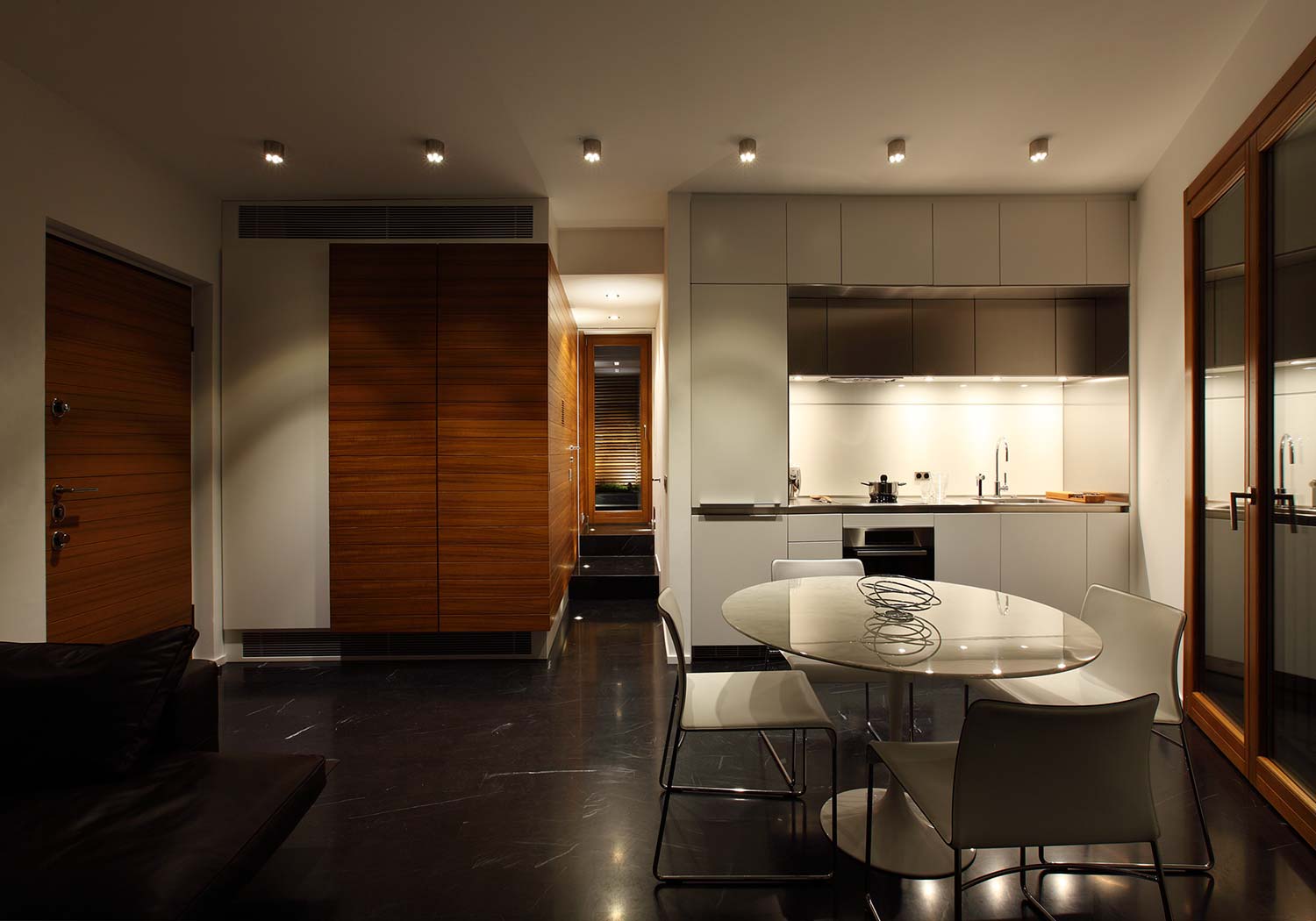 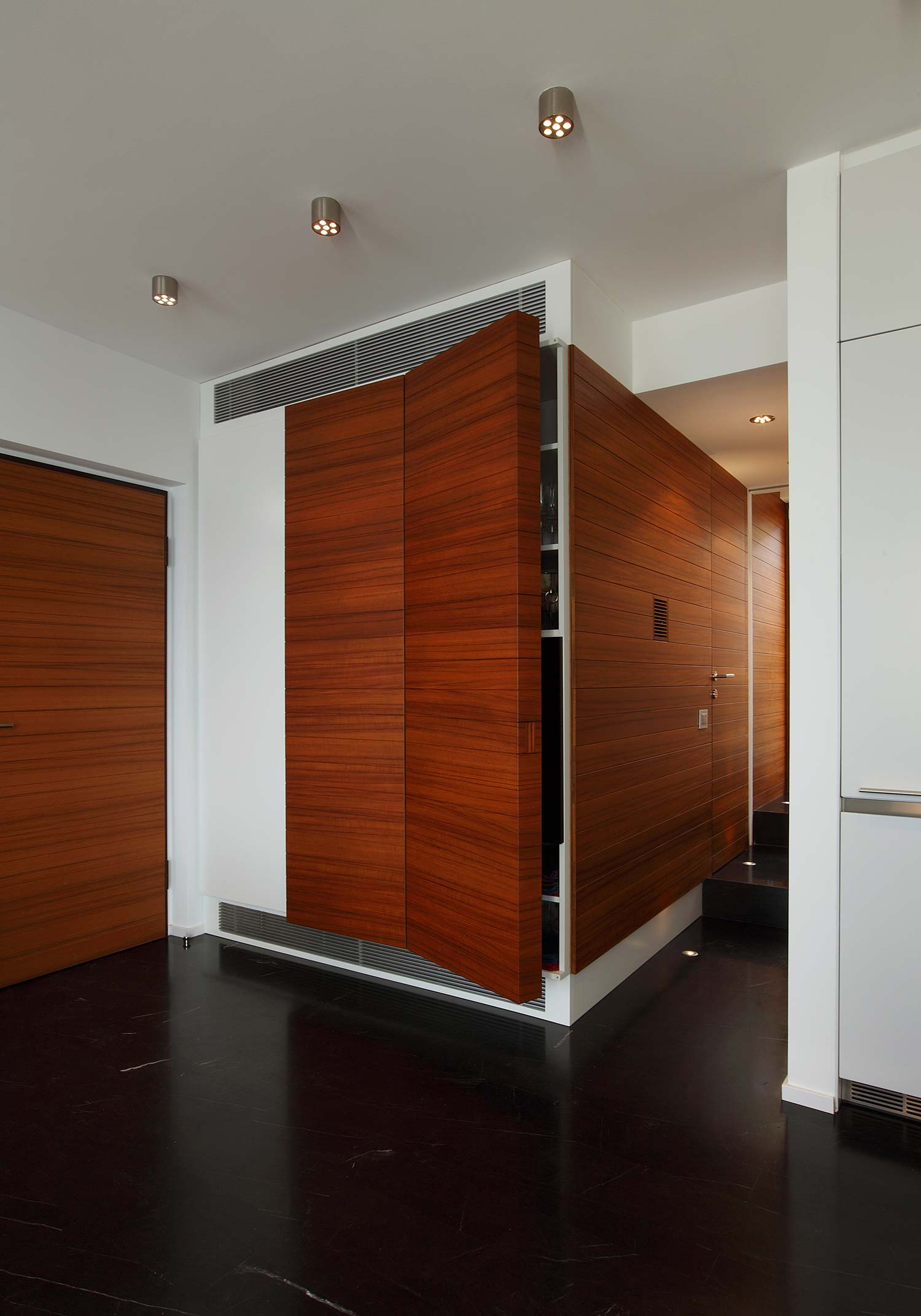 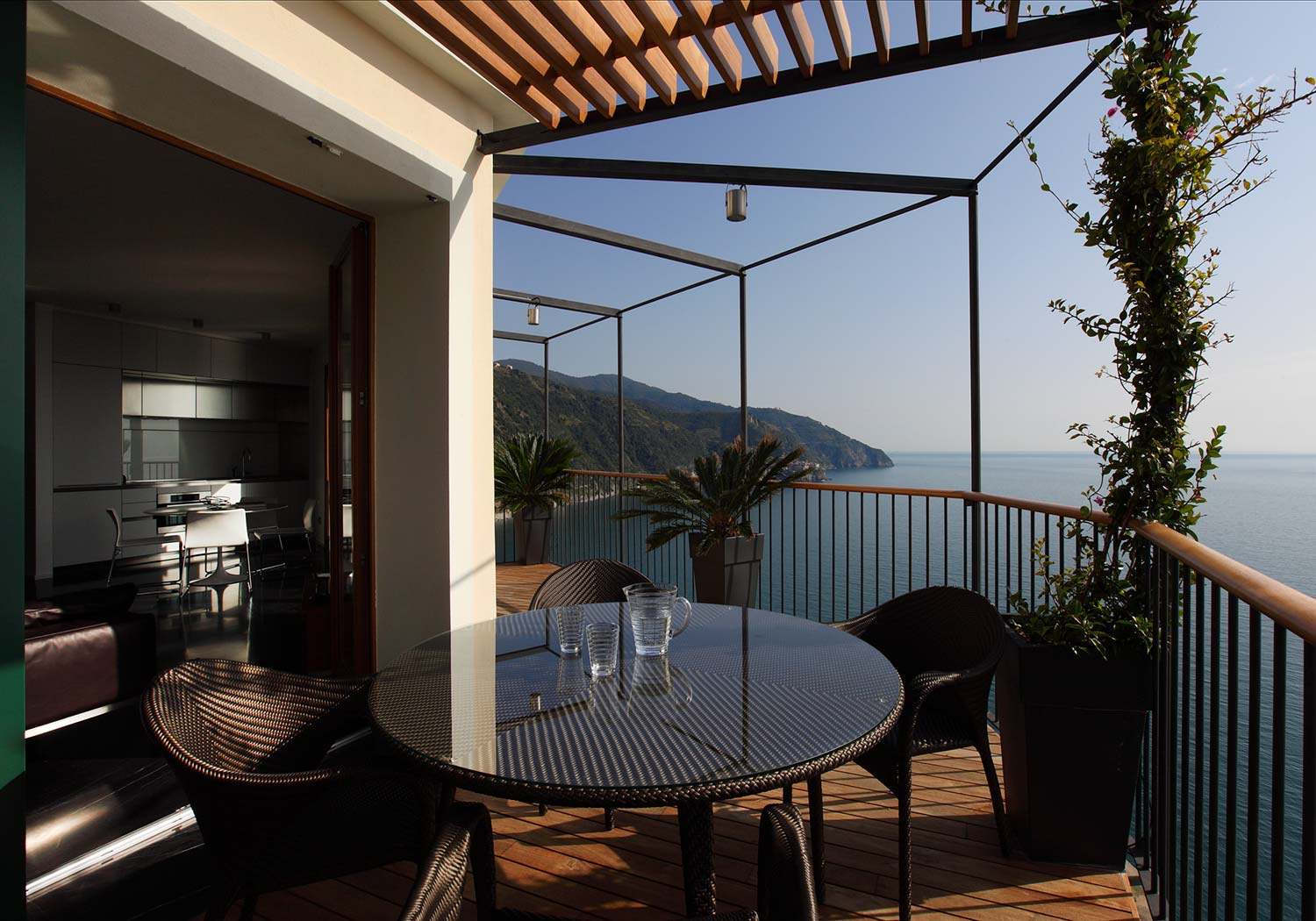 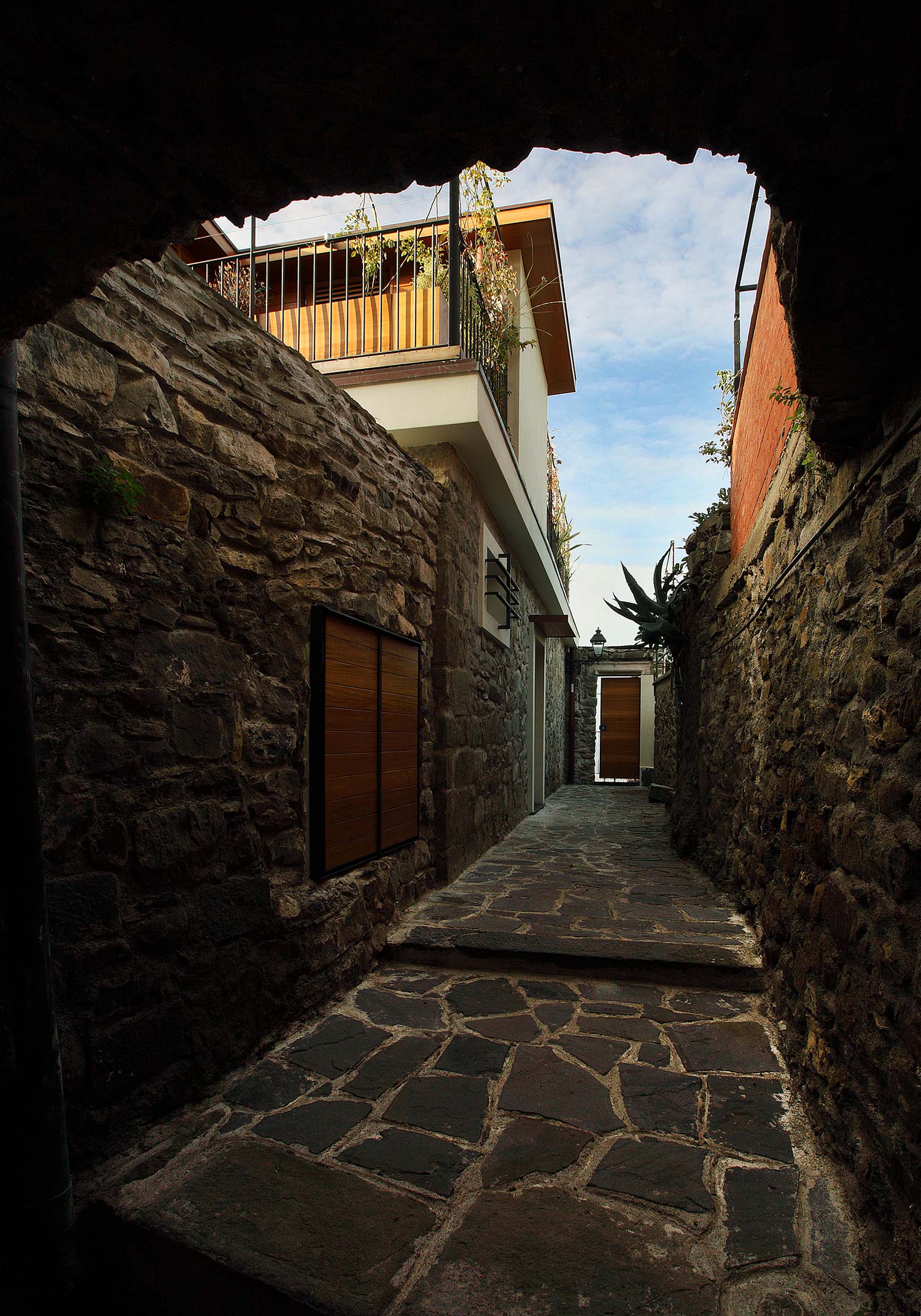 The building actually situated on the peak of the promontory of Corniglia inside the national park of the “cinque terre”, has, since 1997, been recognized as a part of the world’s patrimony of humanity by UNESCO.

The context in question is one rare beauty. On one part, the construction is suspended over the sea which is to be found 80 metres underneath whilst on the other, it is embedded between the historical dwellings of the centre of medieval origin. The overall impression is one of a building hanging from the rocks in a perennial instable balance.

It can be uniquely accessed only by a narrow pedestrian way in little downs which wind among the shadows of the historical centre.

The habitat itself is laid out in on two levels, that of the ground floor which houses the living-dining area where a small kitchen, a bedroom and bathroom can be found whilst on the upper floor, there is the main bedroom and a second bathroom.

However, the outstanding feature of this project are the big terraces which are, thanks to the large windowing turned into a real and proper stretch of interior space.

The ground floor terrace partially jutes out from the rock onto which its foundations cling whilst on the upper floor it turns unchallenged towards the sea abounding on the horizon.

A further element of enhancement is a small introspective garden created between the house and the adjacent properties, open only on the side towards the sea, delimited by panels in teak slats on which the “espalier lemons” and bougainvillea plants climb.

On the ground floor, both the original stone walls linked to the historical centre as well as the other façades have been treated with whitewash, drawing attention to the framed openings of local architecture. The volumic mass of the upper floor is instead made up of a structure and teak coating with large sliding windows that once opened, create an open space continuing between the inside and outside terraces. The sensation is indeed one of being in a boat on the open, high seas.

The glass windows can be protected from squall and storm elements and from the summer sun by a sliding sunscreen, once again in a teak lag.

Interior design and furnishing are almost totally made-to-measure and developed as to host all technological improvements.